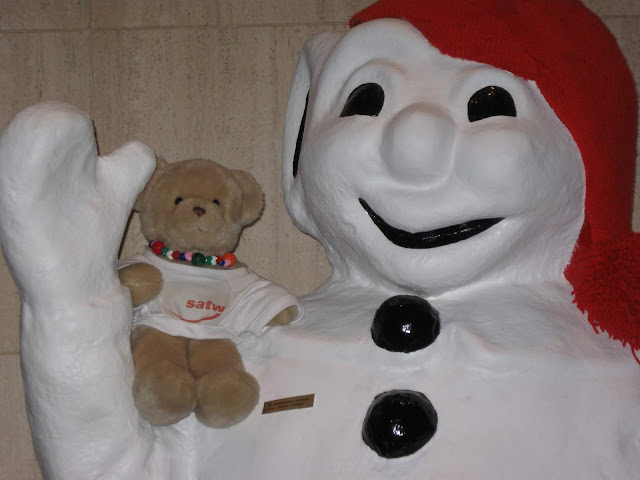 Hi Kids,
It's cold out -- so I wanted to tell you about a place that makes the best of the cold and snow. These are pictures my cousin Vanilla sent me from her trip to Quebec, Canada. You know Canada is our country's neighbor to the north. It gets so cold and snowy there that people leave their Christmas decorations up until Valentine's Day because it helps them feel cheerful. And they have a big celebration this time of year -- Carnival. That's Vanilla and Bonhomme. Bonhomme means snowman in French. Many people in Quebec speak French. Bonhomme is the official greeter at Carnival.

Another cool thing they do -- and I do mean COOL - is build an ice village. All the buildings are made of ice blocks and all the furniture and decorations inside are made of ice. Below is a picture of the village. They even have a little church. That's Vanilla in the church. The benches are made of ice, so they put deer skins on them to keep people -- and little bears-- from freezing their bottoms! You can spend the night there -- on beds made out of ice. But they do put mattresses on the beds and plenty of blankets! 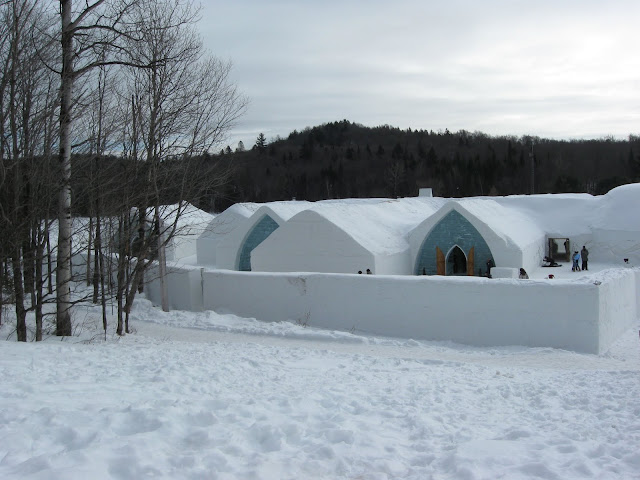 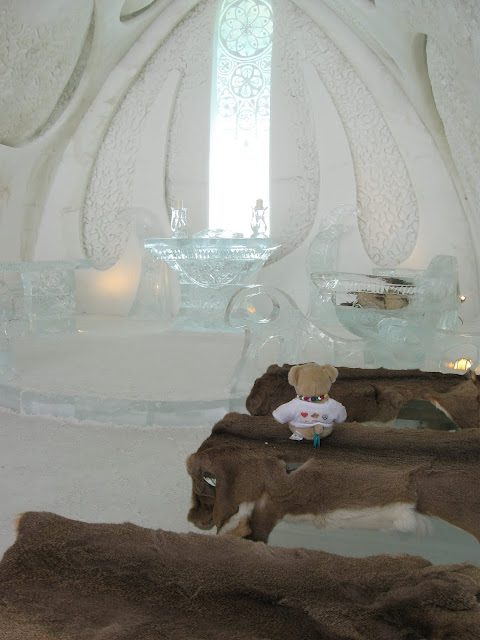 Back in the city, they build an ice palace for Bonhomme. He doesn't really live there but they use it for concerts and other special events during Carnival 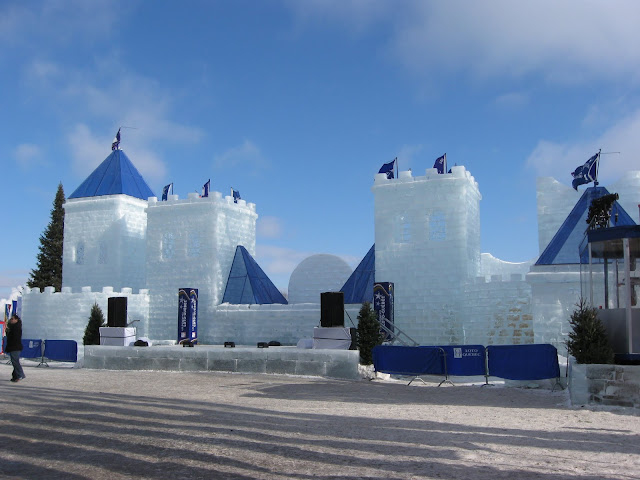 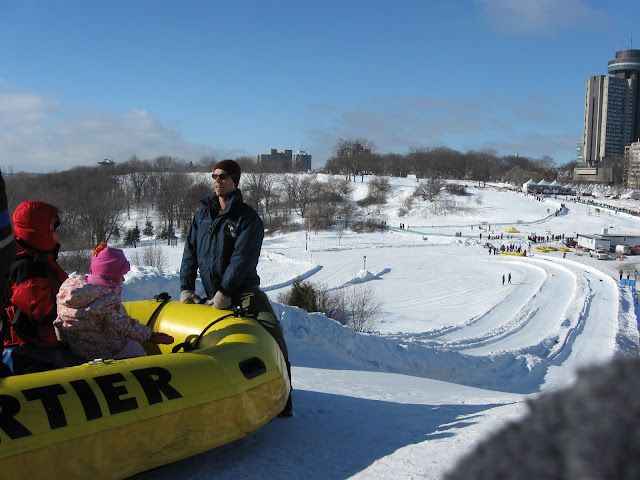 There are lots of fun things to do, too. They made big, snow hills for skiing and for sliding down. You wouldn't expect to see a river raft come sliding down the hill -- but it is lots of fun 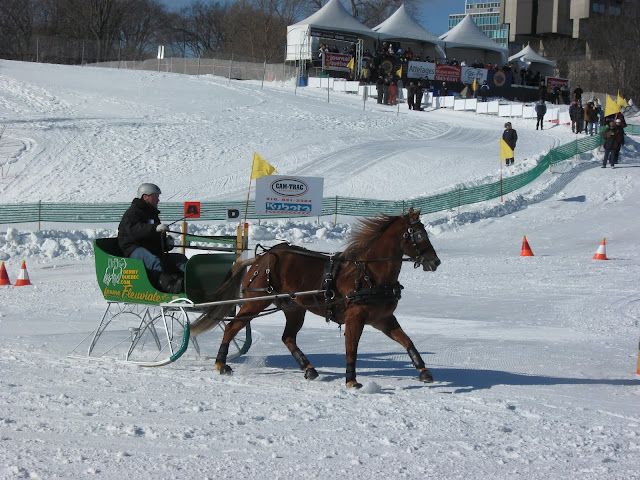 They also have games and races -- like this sleigh race. 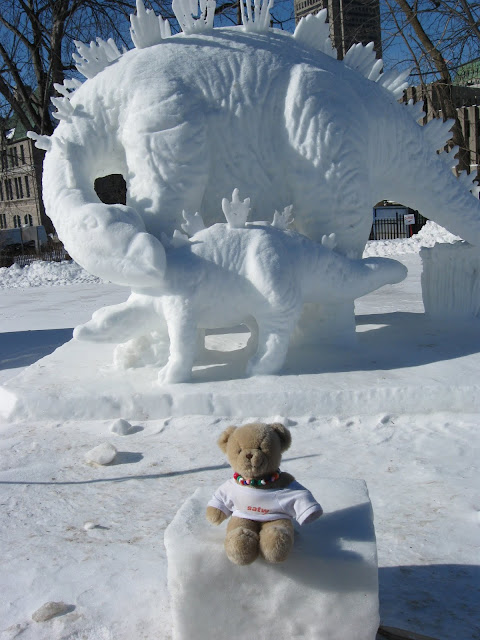 And they have snow sculpture contests. Vanilla liked these dinosaurs. 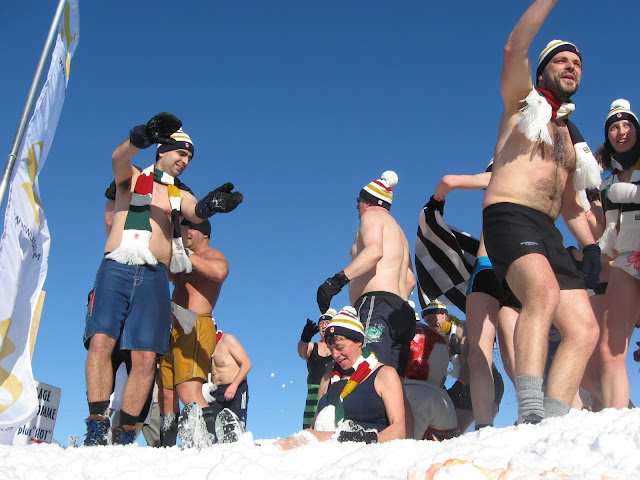 Some people take snow baths. That didn't seem like much fun to Vanilla!

At the end of Carnival, they have a big night parade. Bonhomme waves good-bye for another year. I'd like to go to Canada for this celebration. Wouldn't you?
Love,
Fuzzy

Posted by Elaine Warner at 8:02 AM No comments: