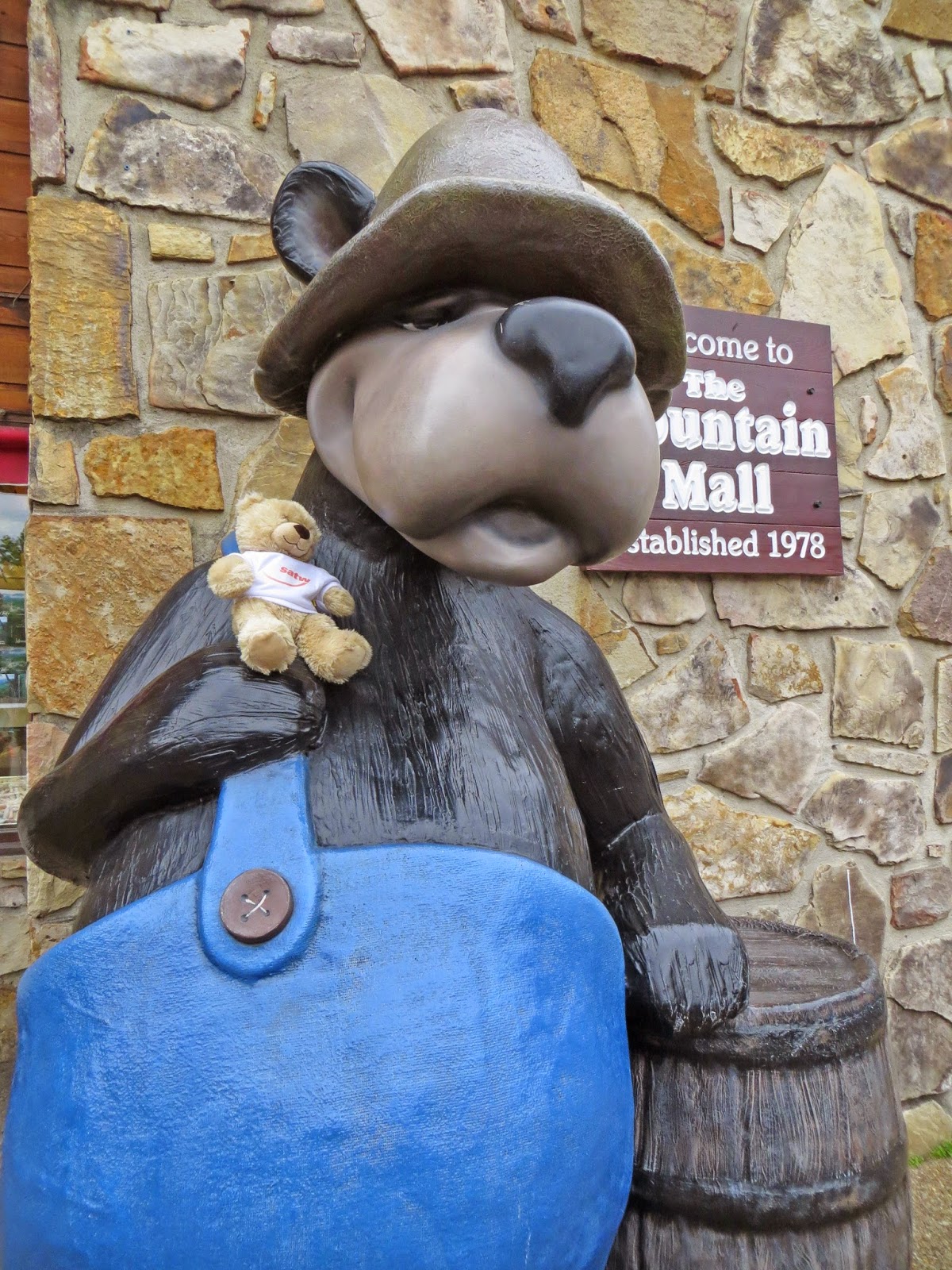 Hi Kids,
Since I wrote to you last, I have been to eastern Tennessee twice! Tennessee is very proud of having a lot of bears, especially in the mountains in eastern Tennessee. Miss Elaine and I stayed in Sevierville in December and in Pigeon Forge in January. Both towns are close to the Great Smoky Mountains National Park. 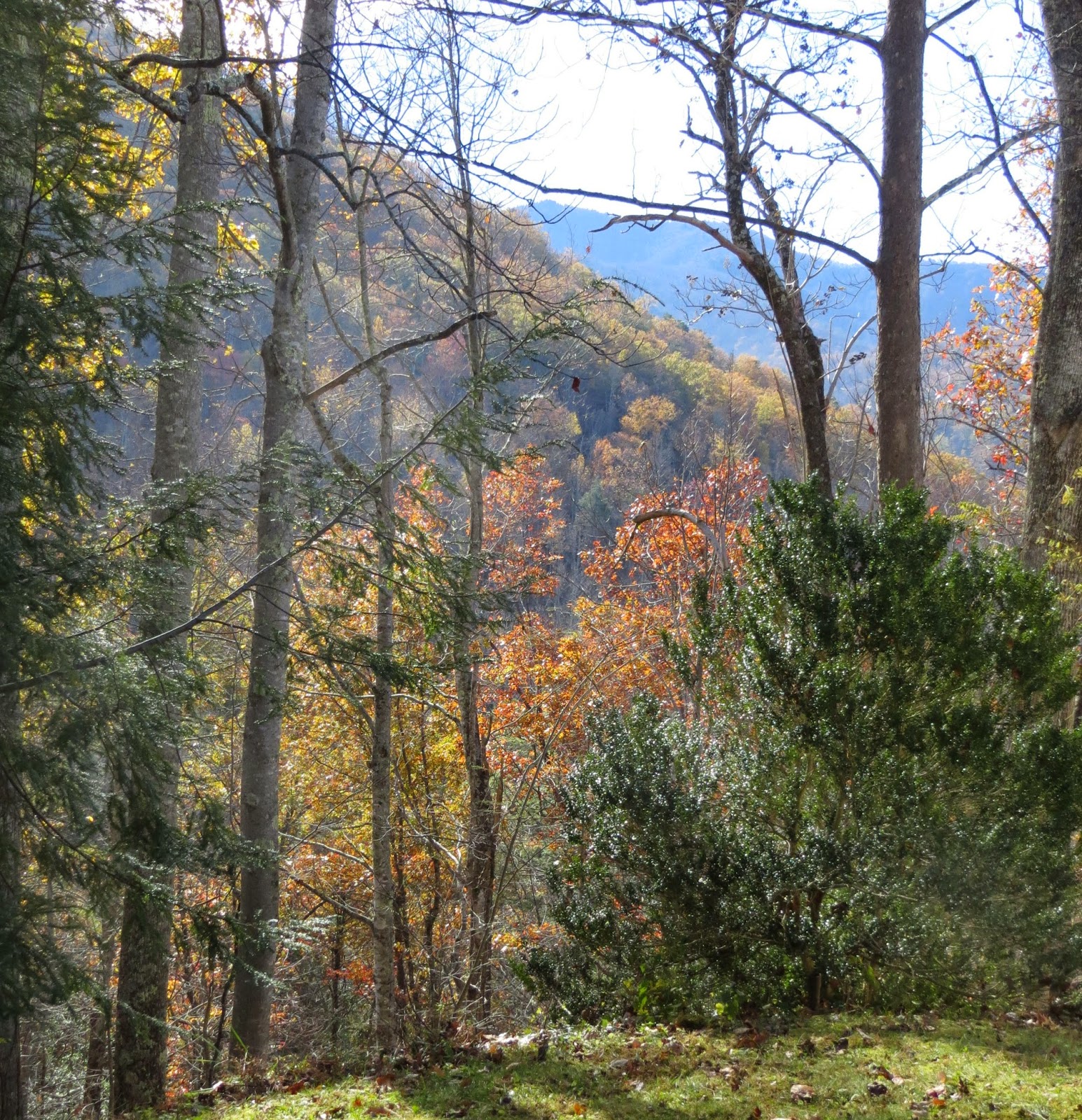 Do you see the blue mountains in the background of this picture? It's that hazy blue color that give the mountains their name. Miss Elaine and I got to visit the park. This is me with Park Management Assistant Dana Soehn. We met her at the park visitor center. They have a cool little museum there and a great film about the park. Miss Elaine bought a copy of the film -- we would like to come show it to you someday. 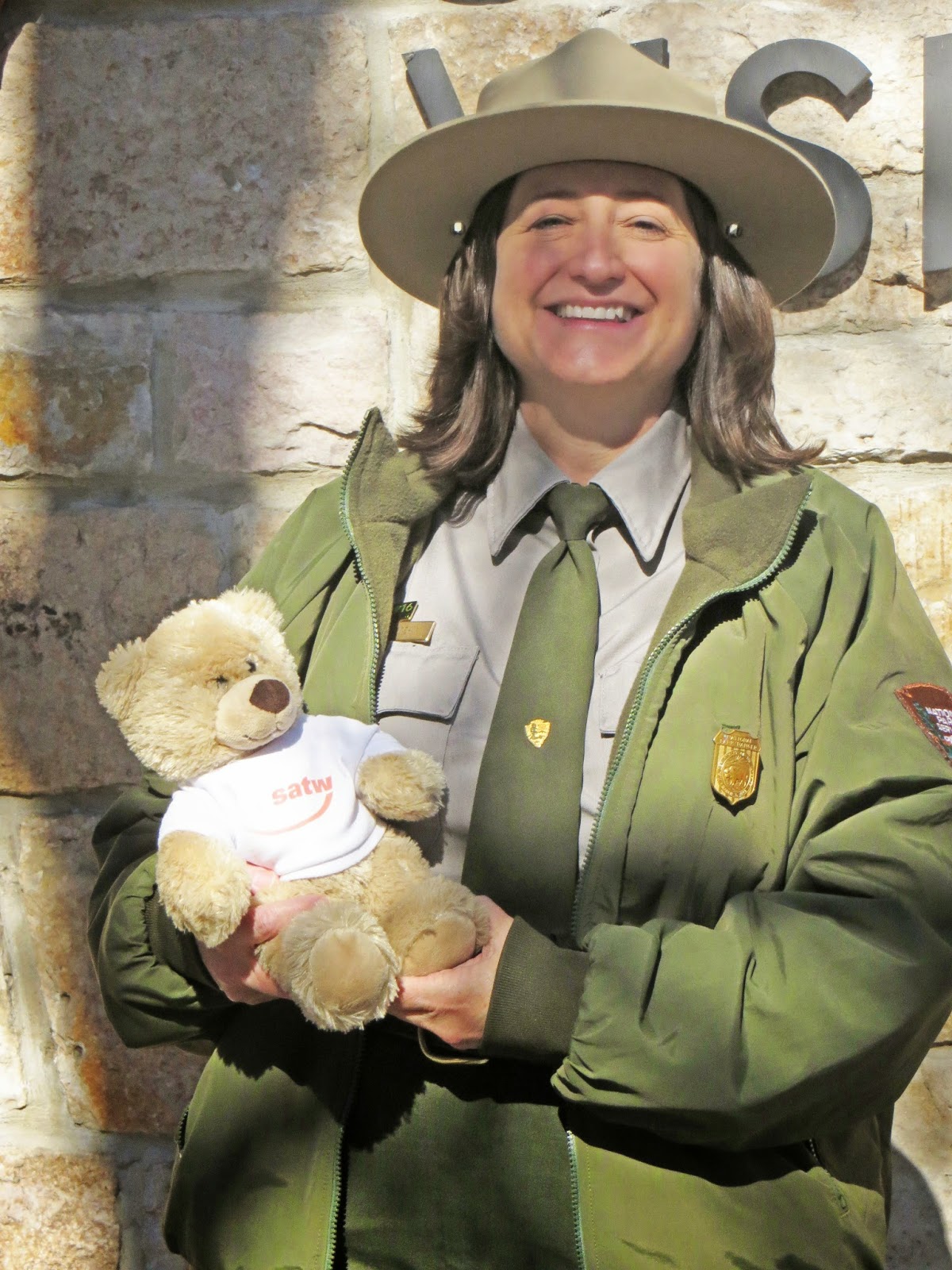 We took a hike in the woods. 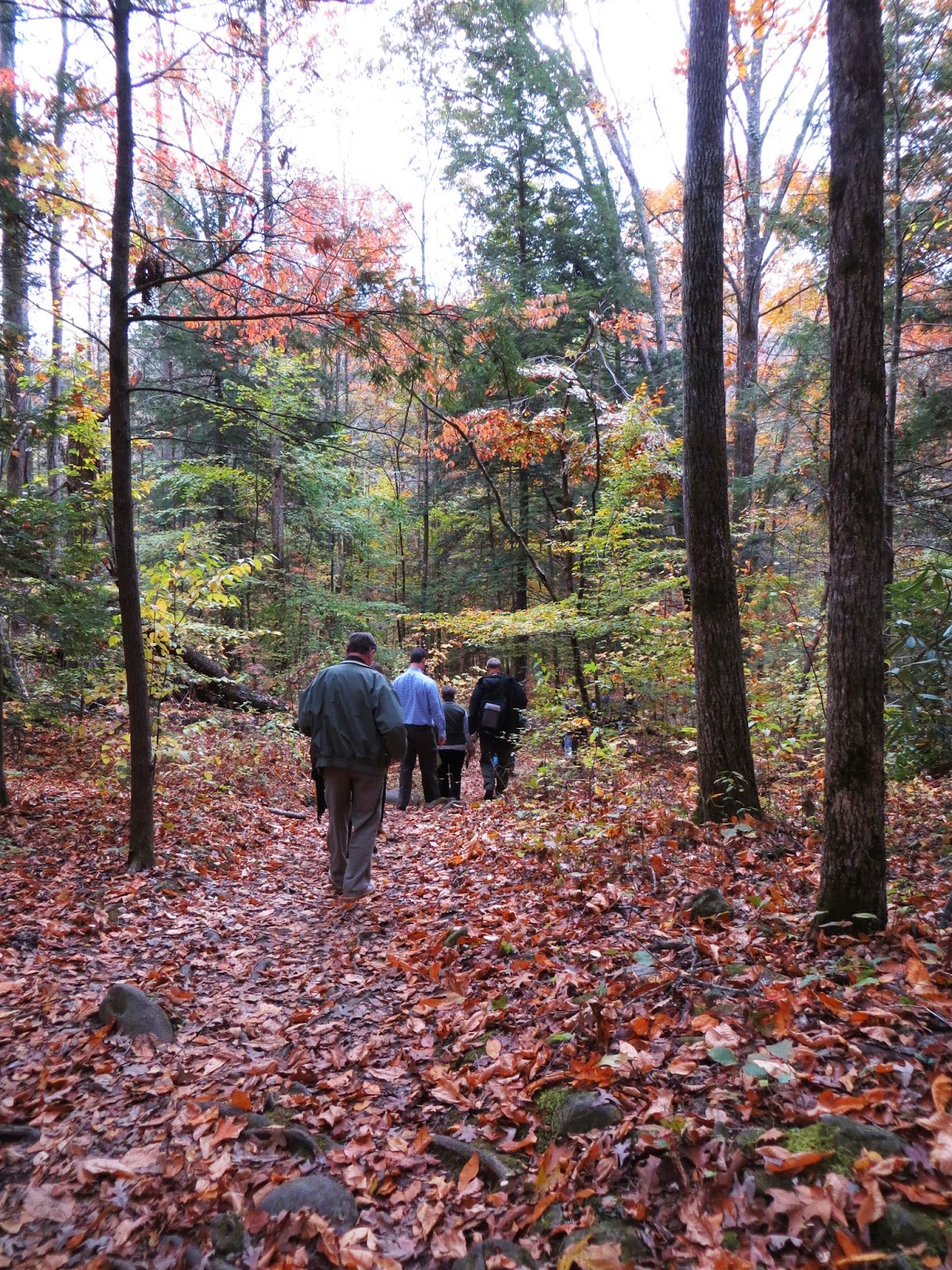 And guess what we saw! 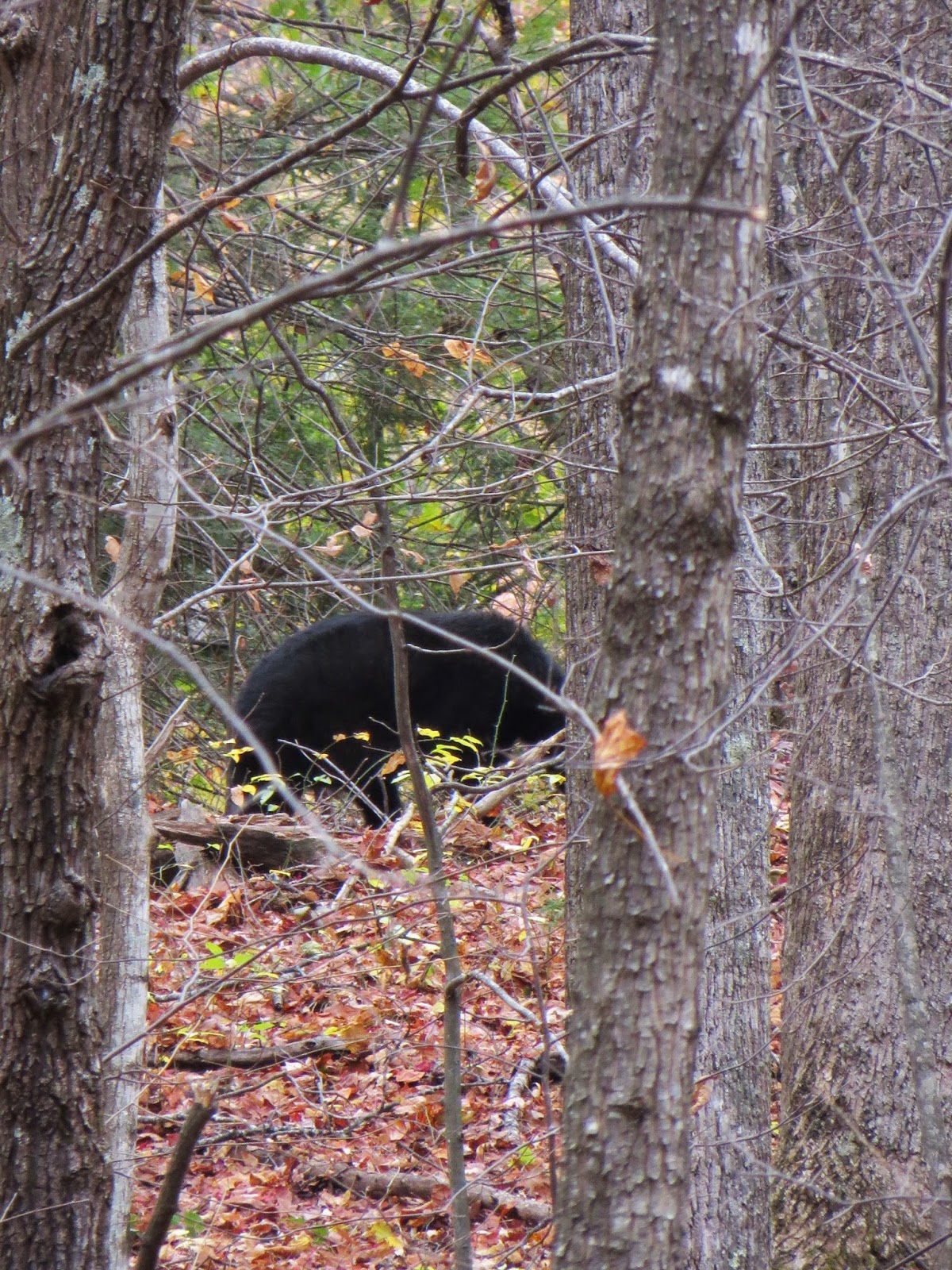 No, that's not a big black rock! It's a bear! We weren't very close to him. Miss Elaine has a special lens on her camera that makes things look close-up. And he wasn't very cooperative about posing. We couldn't see his face. I was glad he couldn't see us! 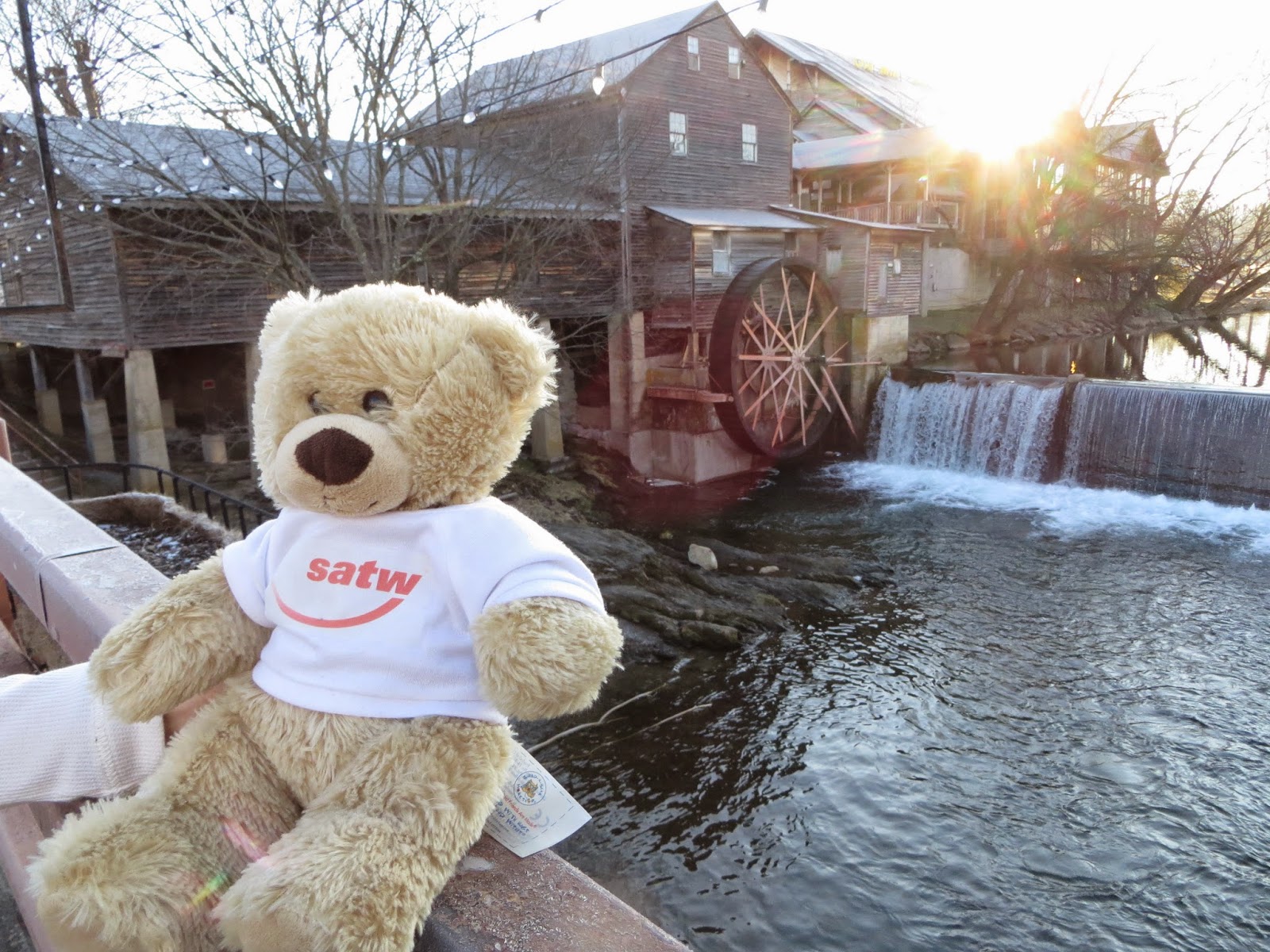 Back in Pigeon Forge, we visited the Old Mill. This mill is 175 years old. They still grind corn into corn meal here -- without electricity. Do you see the big wheel? The water falling over the dam turns the wheel which is connected to gears and pulleys inside the building. This machinery turns a big stone called a millstone. There's another stone, which doesn't move, beneath it. The moving stone is called the runner stone and the stationary stone (it stays still) is called the bedstone. Corn kernels are dropped onto the bedstone, then ground by the runner stone. Miss Elaine bought some corn meal there and we had some good cornbread when we came home!
Near the Old Mill is the Pigeon River Pottery. We got to see potter Tommy Bullen making some pottery bears. 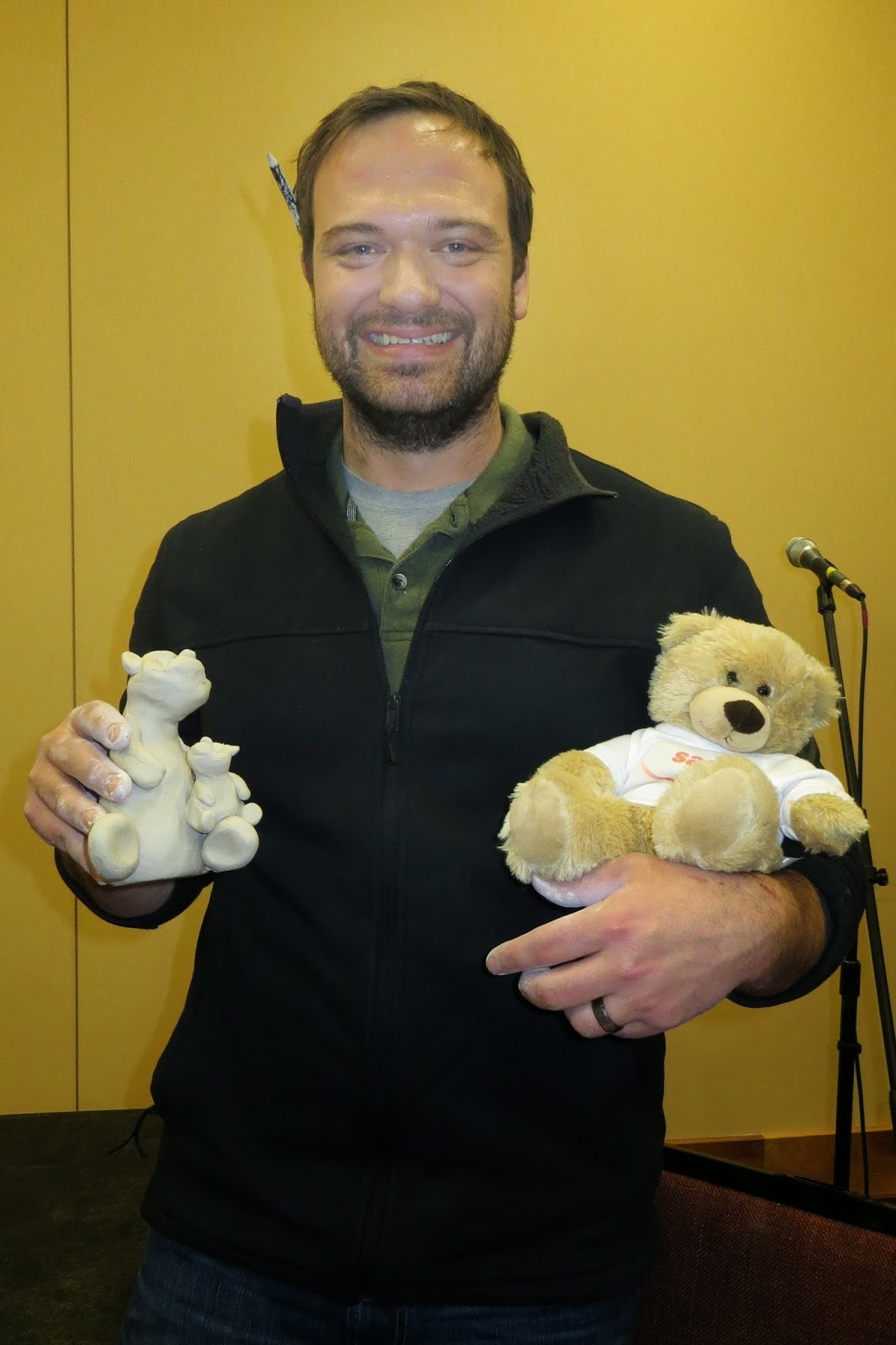 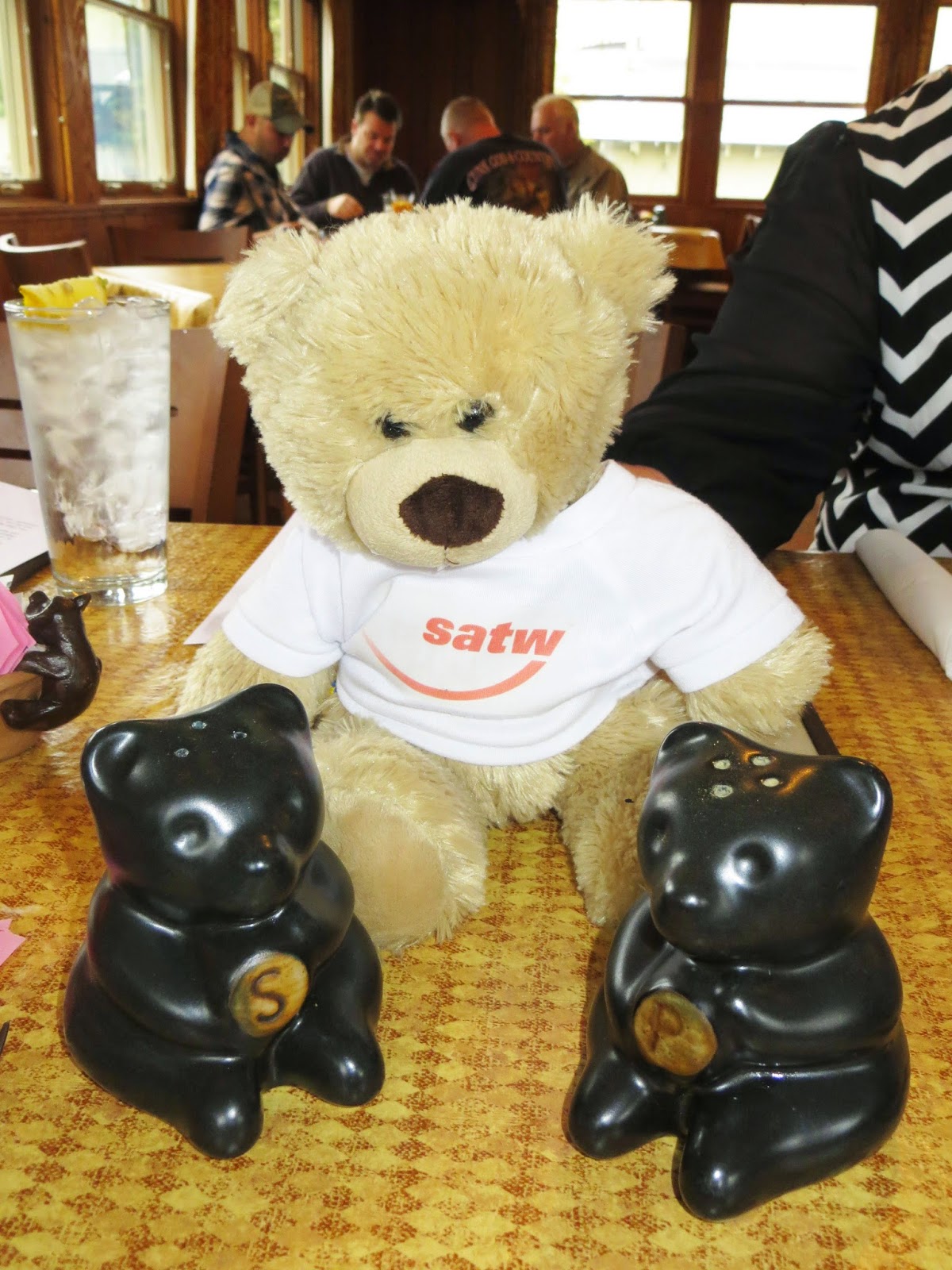 There are lots of cool shops in Pigeon Forge. We even found a Build-a-Bear store. I'm a Build-a-Bear bear, you know. I tried on some clothes but they didn't have a nice fur coat so I decided I didn't need anything. 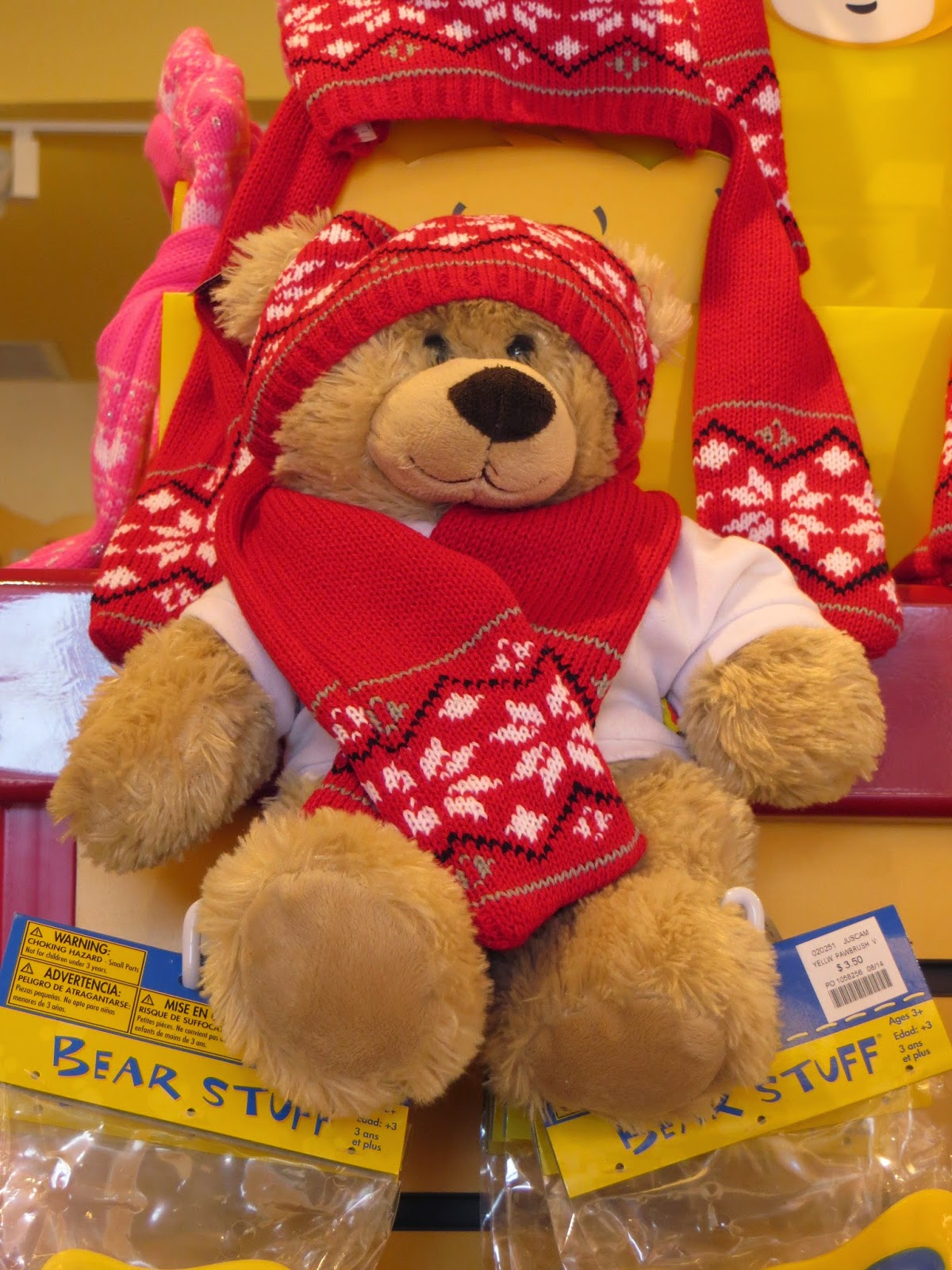 It was fun meeting some new bear buddies! 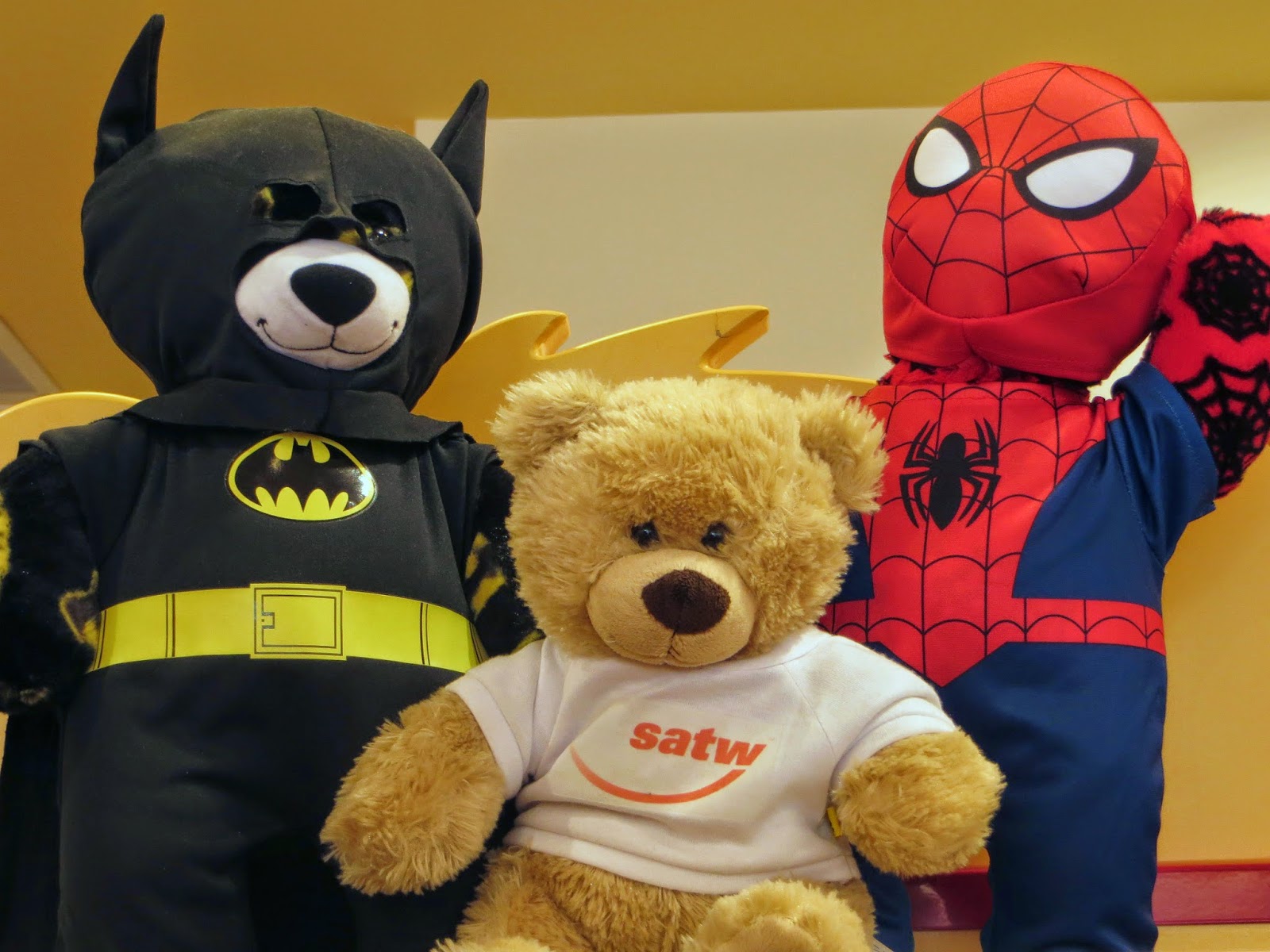 There are many interesting things to do in this part of the country. One of my favorites was visiting Ripley's Aquarium of the Smokies in Gatlinburg. They have a really long acrylic tunnel through the shark tank. That's a carpenter shark, more commonly called a sawfish, swimming overhead. 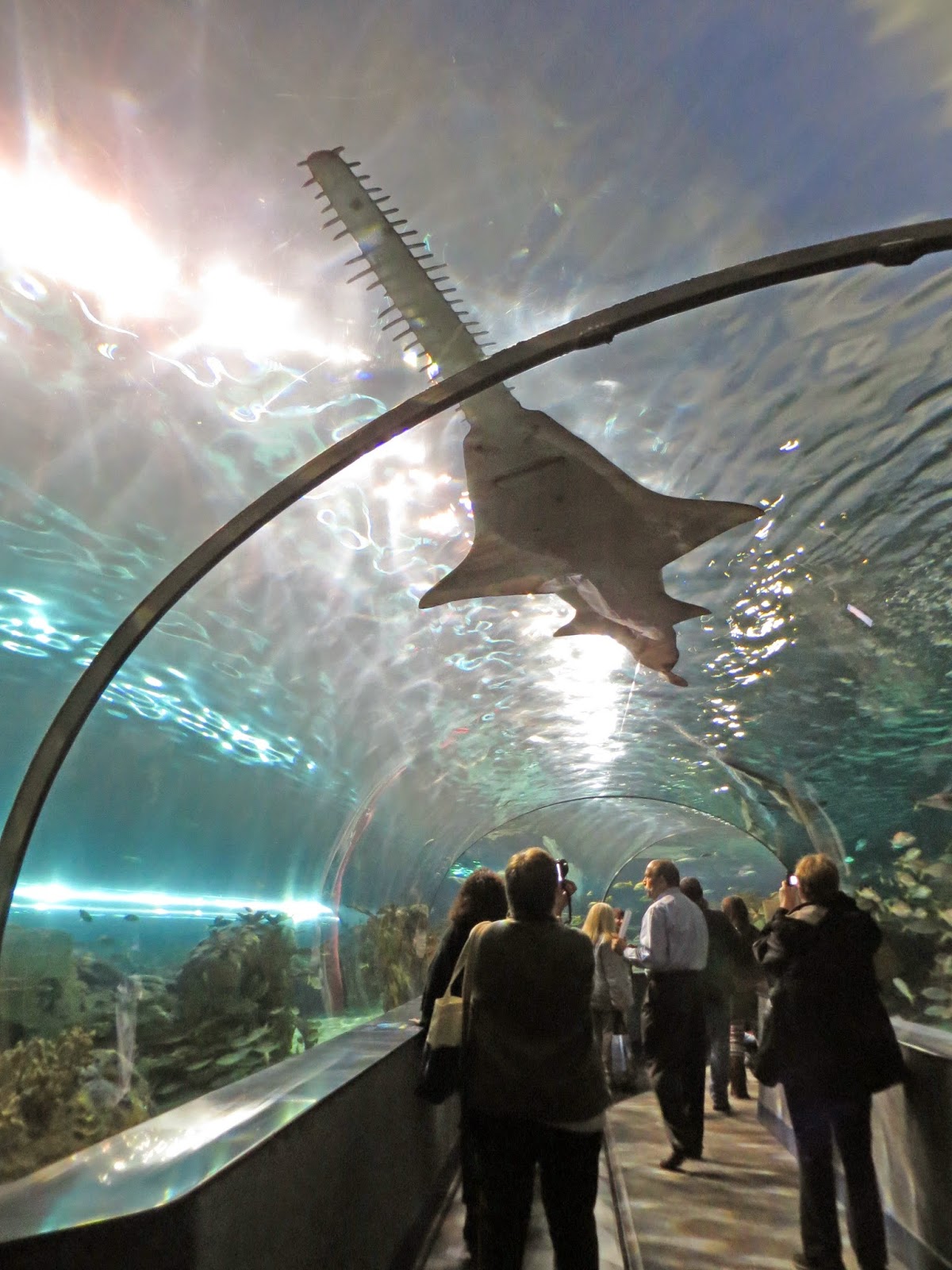 They have lots of other kinds of fish, too. I really like the jellyfish because they are so pretty. 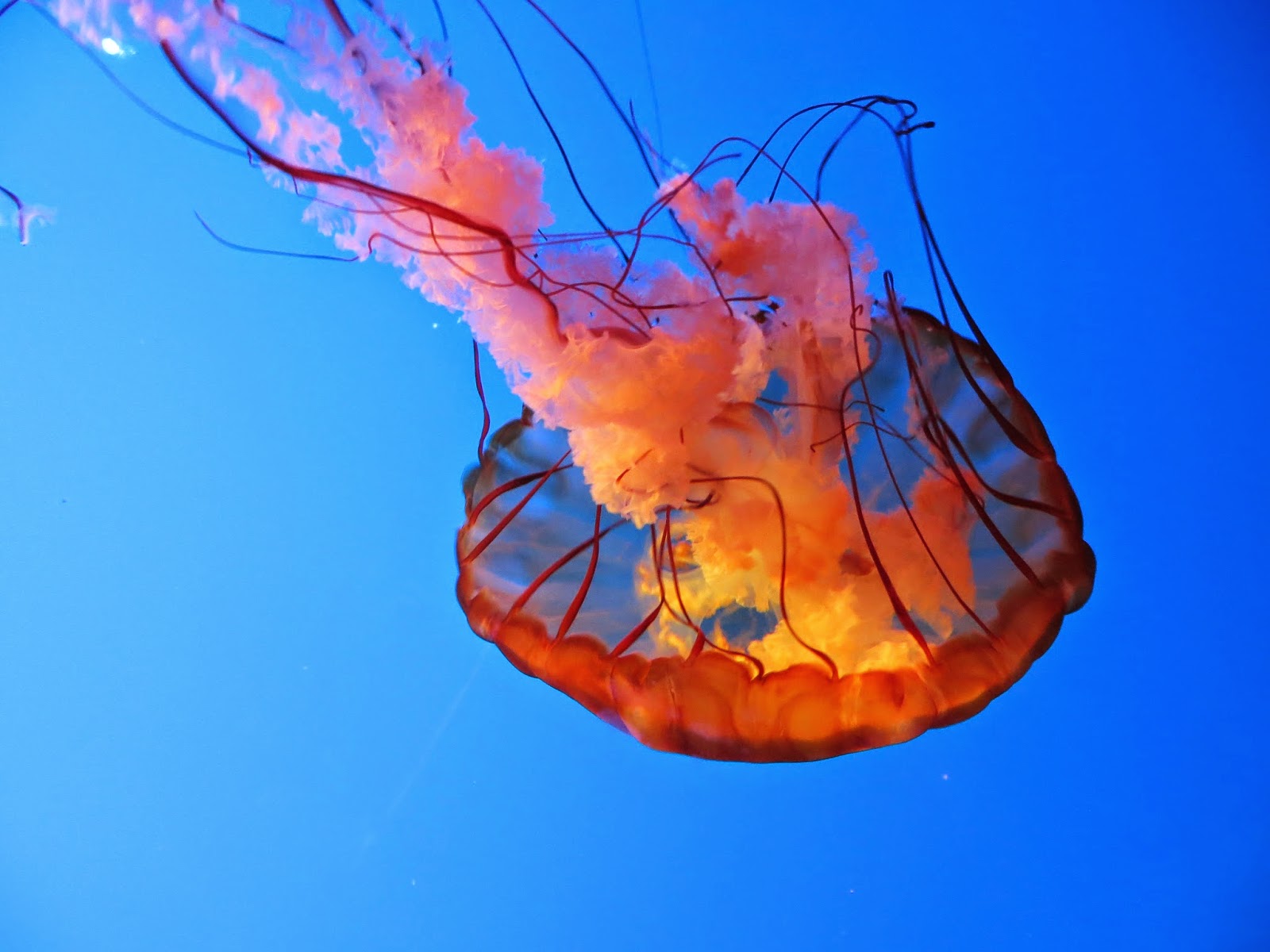 In some of the tanks, they have pop-up bubbles in the middle so you feel like you're right in the aquarium with the fish. A nice little girl took me in with her. 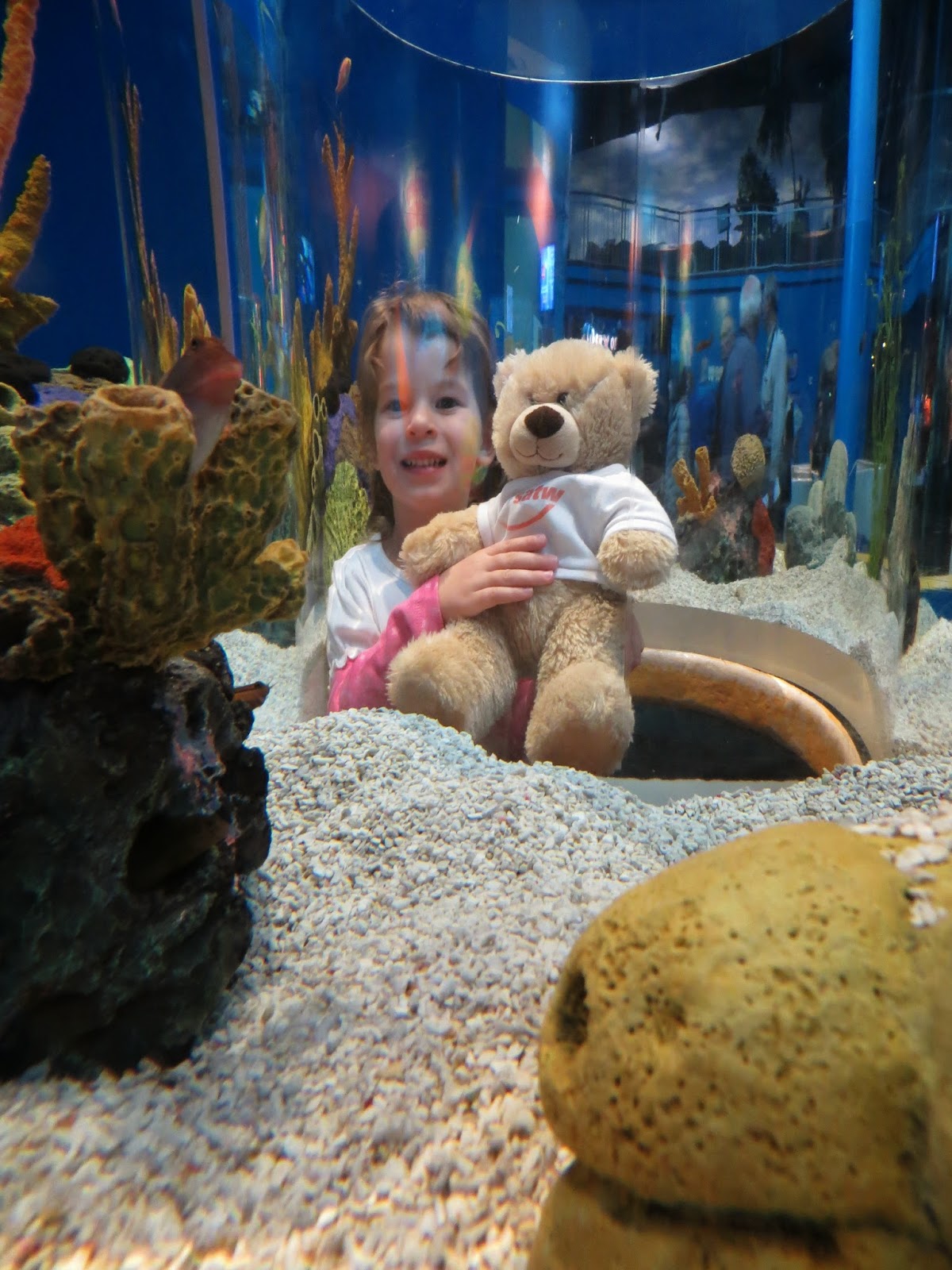 I hope you get to visit Tennessee sometime. I really enjoyed my trips there!
Love,
Fuzzy