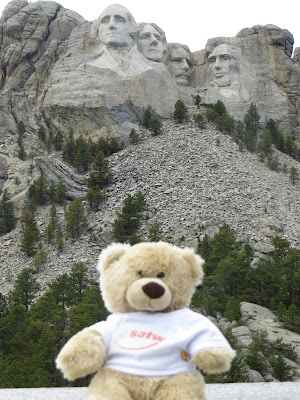 You just had a school holiday! It was called Presidents Day. Did you know that it was originally celebrated every February 22. That was George Washington's Birthday. The observance began in 1800, the year after President Washington died. It was because he was so important to our country and everybody wanted to honor him. Years later, Congress decided it would be nice if workers had more three-day weekends so they moved several national holidays to Mondays. George Washington's Day was one of them. Since it wasn't on his birthday anymore, they changed the name to Presidents Day. 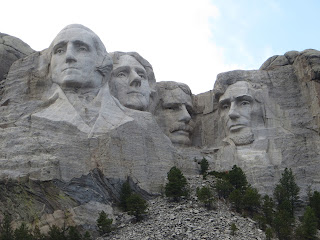 In the 1920s, the South Dakota State Historian, Doane Robinson, decided it would be nice to have a giant monument to heroes of the West. He contacted sculptor Gutzon Borglum who said he would do it but suggested national heroes instead of figures from a smaller area.

Borglum chose four Presidents -- George Washington, because he fought for American independence and was our first president; Thomas Jefferson, because he wrote the Declaration of Independence and he expanded American territory through the Louisiana Purchase; Abraham Lincoln, because he freed the slaves and saved the Union and Theodore Roosevelt, because of his leadership in business and conservation and in building the Panama Canal. President Roosevelt is my favorite because Teddy bears are named after him! 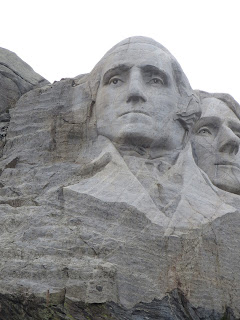 It took 400 workers 14 years to finish. And it took a lot of dynamite to create the figures on Mount Rushmore. These heads are REALLY big. Each of George Washington's eyes is 11 feet wide. His nose is 21 feet long. He mouth is 18 feet wide. Could you measure how big these features were in your classroom? 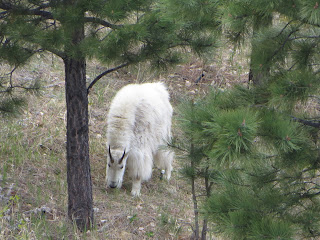 This was really cool. There were wild mountain goats feeding close to the monument. Some of them had babies. Did you know baby goats are called kids? But I'm not calling you goats when I say, "Hi Kids!" 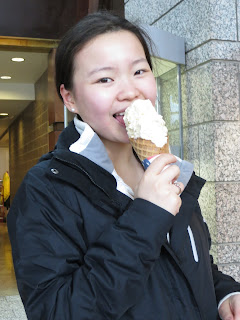 This is another cool thing we found at Mount Rushmore. This ice cream is made from a recipe used by President Jefferson. The recipe is over 200 years old! 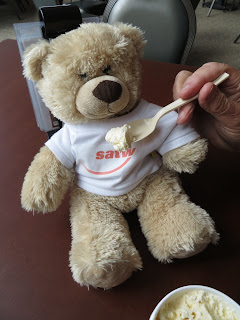 Mr. Jack offered me some but I was afraid I would get my fur sticky! So Mr. Jack ate it all.
Your friend,
Fuzzy


Posted by Elaine Warner at 3:24 PM No comments: