This Is The Life 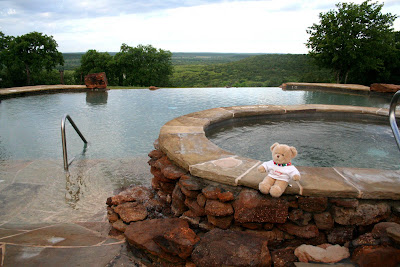 Hi Kids,
I LOVE travelling with Miss Elaine. She goes such neat places! We just got back from Wildcatter Ranch in Texas. There were so many things to do I didn't have time to do them all even though Miss Elaine made me get up early. We checked out the swimming pool and hot tub early Friday morning then Miss Elaine let me sit in the seat of a surrey. It has fringe on the top -- just like the one in the song from "Oklahoma!" Next we went down to the pasture to feed the longhorn cattle. This is me with Big Boy. He has the third longest horns of any longhorn -- they stretch 98 inches from tip to tip. He was very gentle so I wasn't scared but I had to watch out when he turned his head! 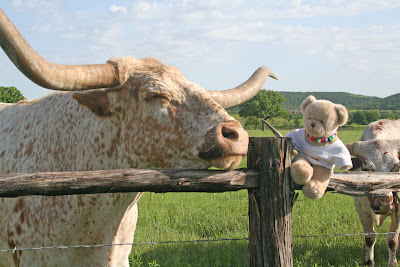 We had lunch at the Dinner Bell Cafe in Graham. That's me sitting in the big dinner bell. It looks just like the ones the cowboy cooks used to call the cowboys to dinner -- just bigger. We had a real Texas cowboy meal -- chicken fried steak with gravy, mashed potatoes, beans, a roll and fried okra. 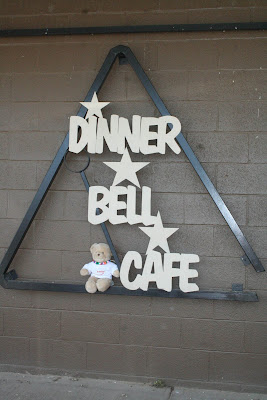 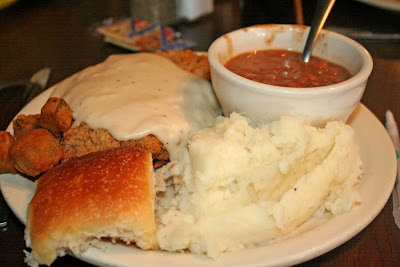 This is me with my new friend Trey. He's in the second grade. His dad works on the ranch. Trey let me ride with him in the back of the mule -- that's a kind of ATV that holds a bunch of people and is good for work. You can haul feed or tools in the back -- or Trey and me! 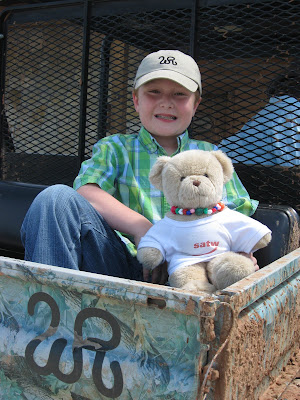 Here's a picture of Miss Elaine's friends -- they're all travel writers. Do you see me up in the tree? They call this the longhorn tree because it has two big branches like horns. 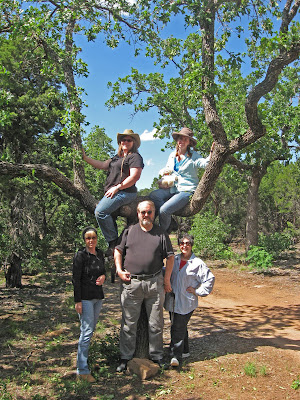 After such a busy day, a good massage was just the thing! 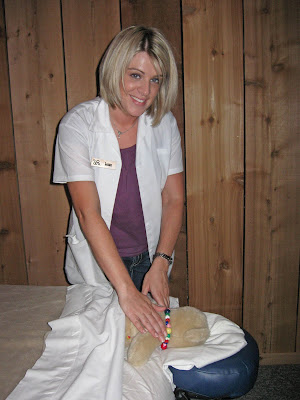 I'll write another post soon about my horseback riding adventure!
Love,
Vanilla
Posted by Elaine Warner at 2:43 PM No comments: 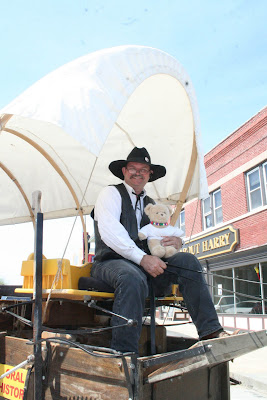 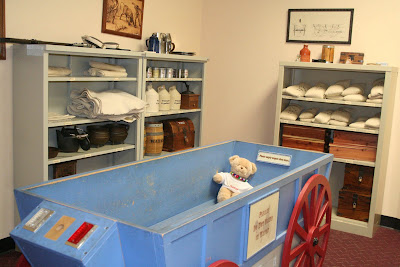 Miss Elaine has to go now so I have to say good-bye. I'll try to write some more this afternoon. I have lots more to tell you.
Love,
Vanilla
Posted by Elaine Warner at 6:02 AM No comments: