Our Teddy at Tulum 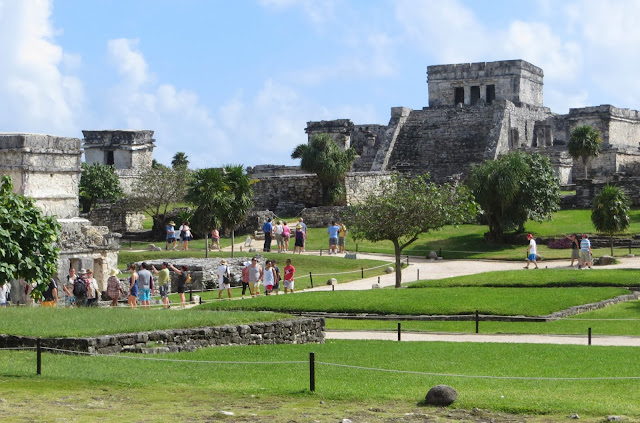 Can you guess where I went on my most recent adventure?  Somewhere where they speak Spanish!  Somewhere where it is warm in the winter.  It's Mexico!  If you look at a map, you'll see that Mexico is south of the United States.  See how it swoops down like a big tail?  We were at the top of the tip of the tail near Cancun in the state of Quintana Roo.  This whole part of the tail is called the Yucatan peninsula.  The word penisula comes from two Latin words which mean "almost an island."  The peninsula is bordered by water on three sides.  One more side and it would be an island!

This part of Mexico is the home of the Mayan civilization -- one of the great cultures of North America.  We visited Tulum -- the ruins of one of the important Mayan cities.  The Mayan civilization here was very prosperous from about 1200 to 1550 A.D. -- then, about 550 years ago, it almost disappeared.  It's cities lay in ruins, hidden in the jungle.  For about 300 years, Tulum was completely forgotten.  It was rediscovered in 1840 and today is a major tourist attraction in the area. 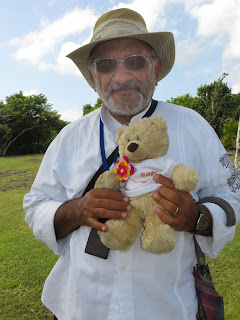 This is Froylan, our guide, who showed us Tulum.  The city was located on the edge of tall cliffs but had a small harbor and was a major port for the early Mayans.  Froylan told us that experts believe about 500 people -- the richest and most important -- lived inside the thick walls that surrounded the city.  About 2000 more people lived outside the walls.  You can see how thick the walls are. 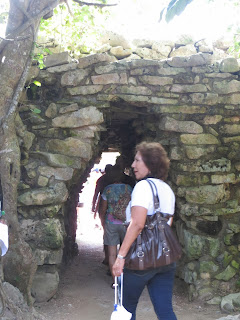 Inside the walls, the grass is lush and green but scattered with stones that show where original buildings stood.  Some of the buildings have been rebuilt so people can get a better idea of what the city would have looked like.  Many of the original stones still show traces of carvings of Mayan gods.  The largest building is called El Castillo -- the castle -- and scientists think it may have been used as a light house to guide sailors.  Other buildings were used for religious purposes or as houses. 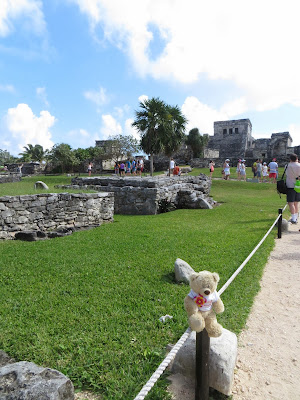 Miss Elaine took this picture behind El Castillo.  The little building you can see in the picture is called the Temple of the Wind (Templo del Viento in Spanish).  Isn't this a beautiful place! 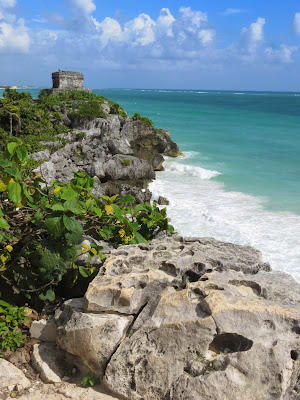 There were lots of large lizards called iguanas running around the ruins.  Miss Elaine wanted to take my picture with one.  I wasn't so excited about it. 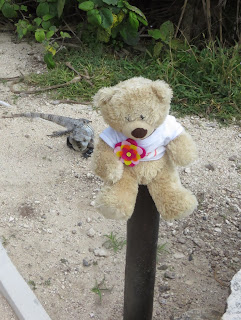 I don't think he was excited about it either.  Here is a close-up picture of him. 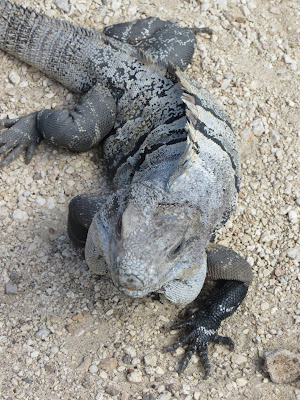 Miss Elaine, Mr. Jack and I had a great time exploring Tulum.  We hope you enjoyed our pictures.
Love,
Lily 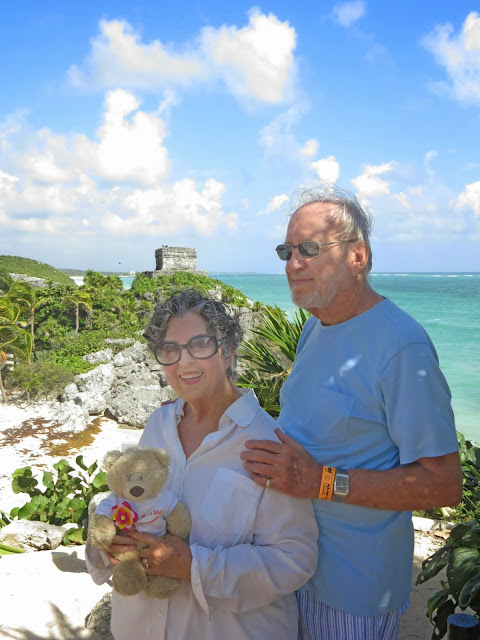 Posted by Elaine Warner at 2:58 PM No comments: