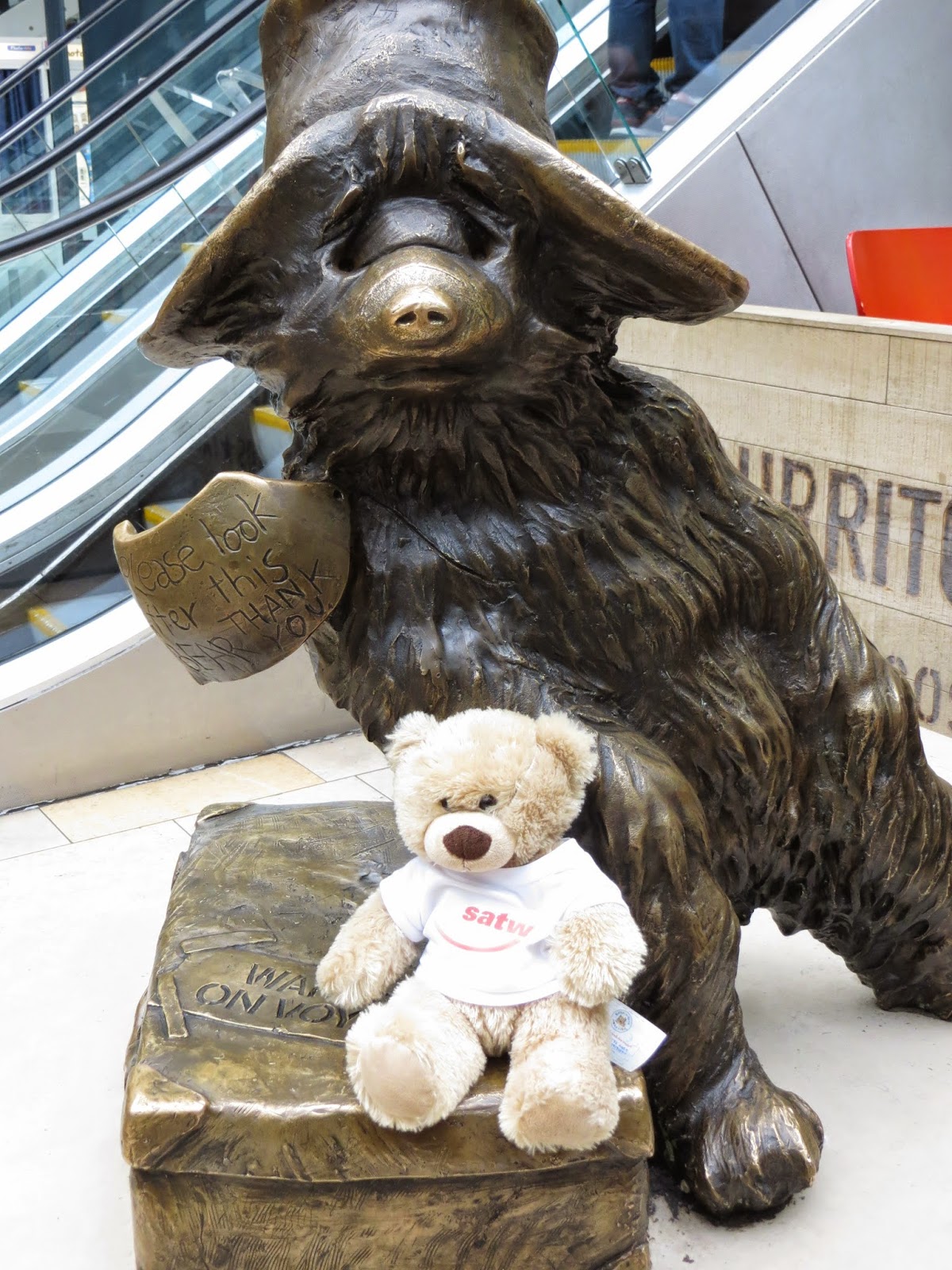 Hi Kids,
Since I still don't know what you've named me, I'm just going by T. for now.  This is me right after I got off the airplane and took a train into Paddington Station.  Do you know the story of Paddington Bear?  I'll bet Mrs. Bezdek would read it to you!  Here is a statue of Paddington.  And in the train station there's a whole shop full of Paddington Bears! 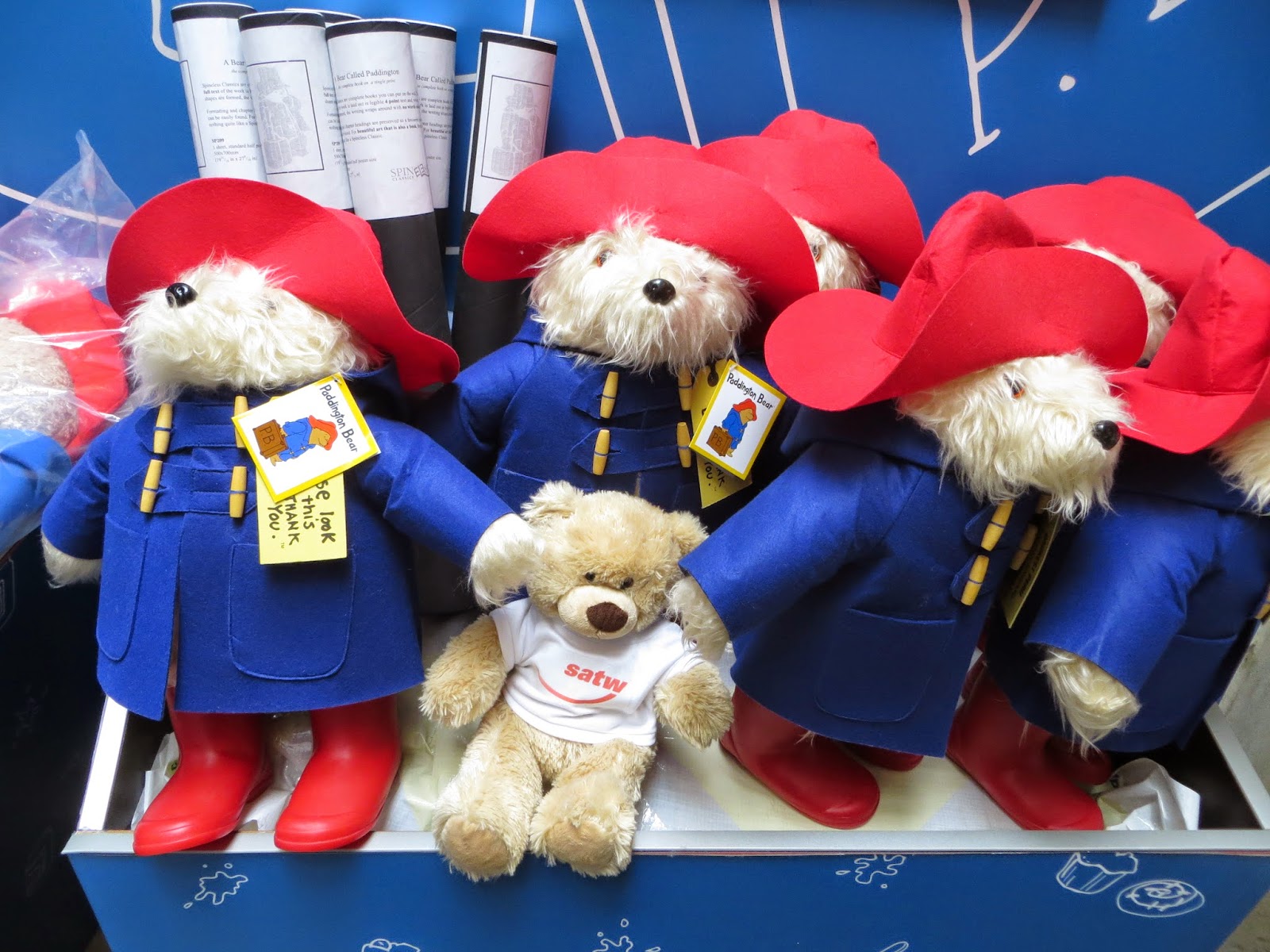 We had a long flight to get here to England.  First we had to fly from Oklahoma City to Dallas and wait for another plane to fly us to London.  Then we had to take a train from the airport to the train station where we
caught another train which took us to Penzance.  Penzance is in Cornwall, the part of England that is the farthest west -- the train ride was almost as long as our plane ride!  I was really tired of sitting.

Some famous musicians wrote an operetta -- a musical play -- called "The Pirates of Penzance."  Miss Elaine and I saw these pirate bears in a shop window. 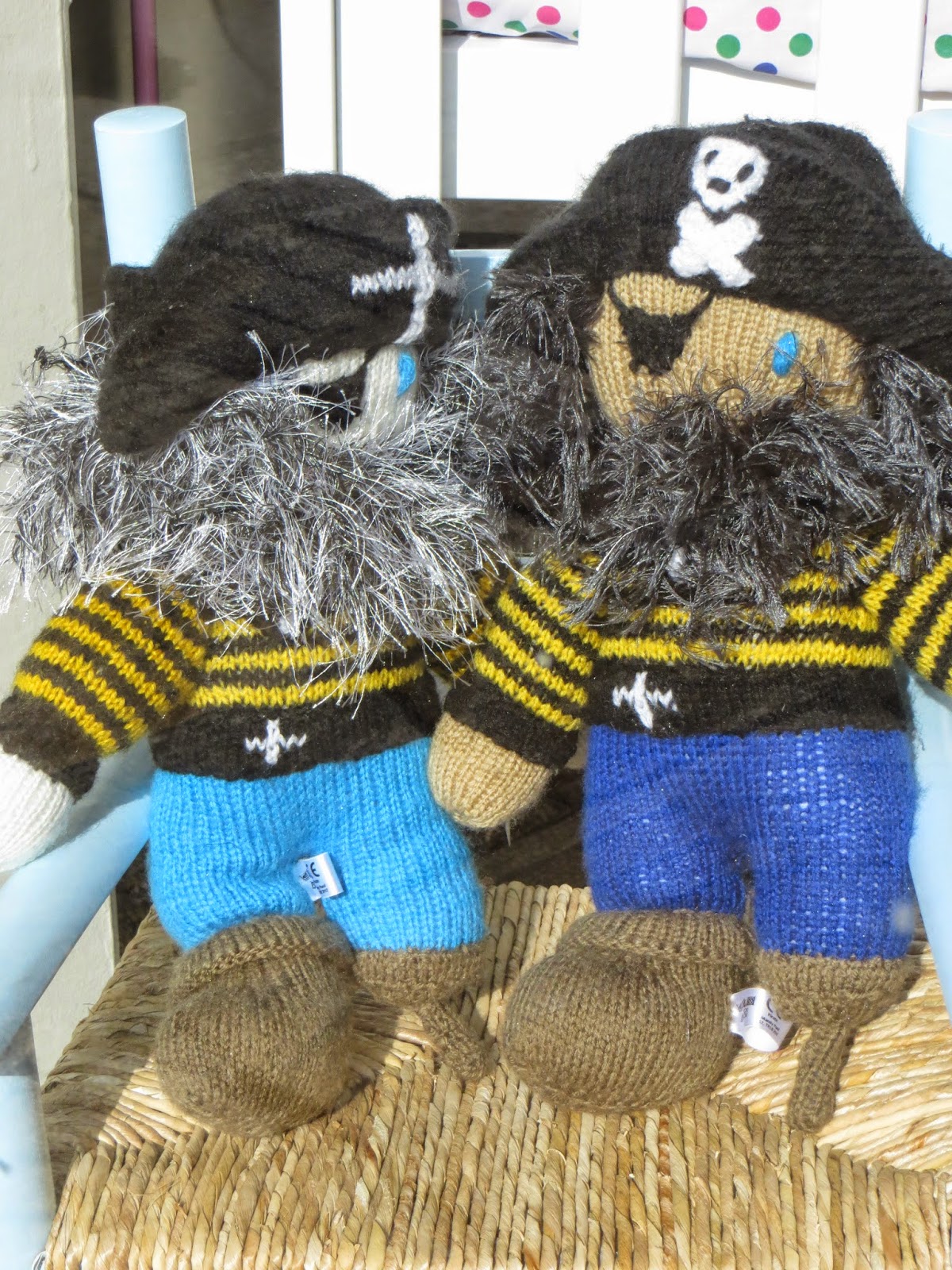 In England an apartment is called a flat.  This was the view from our bedroom window.  The weather was really nice so we could keep the window open day and night. The stores in England have most of the same things we have here -- but not everything.  Miss Elaine's daughter Miss Zoe lives in Penzance.  She has an American friend who lives in a town nearby.  Her friend's name is Miss Peabody.  She loves Fritos, but you they don't have Fritos in England so we brought her some. 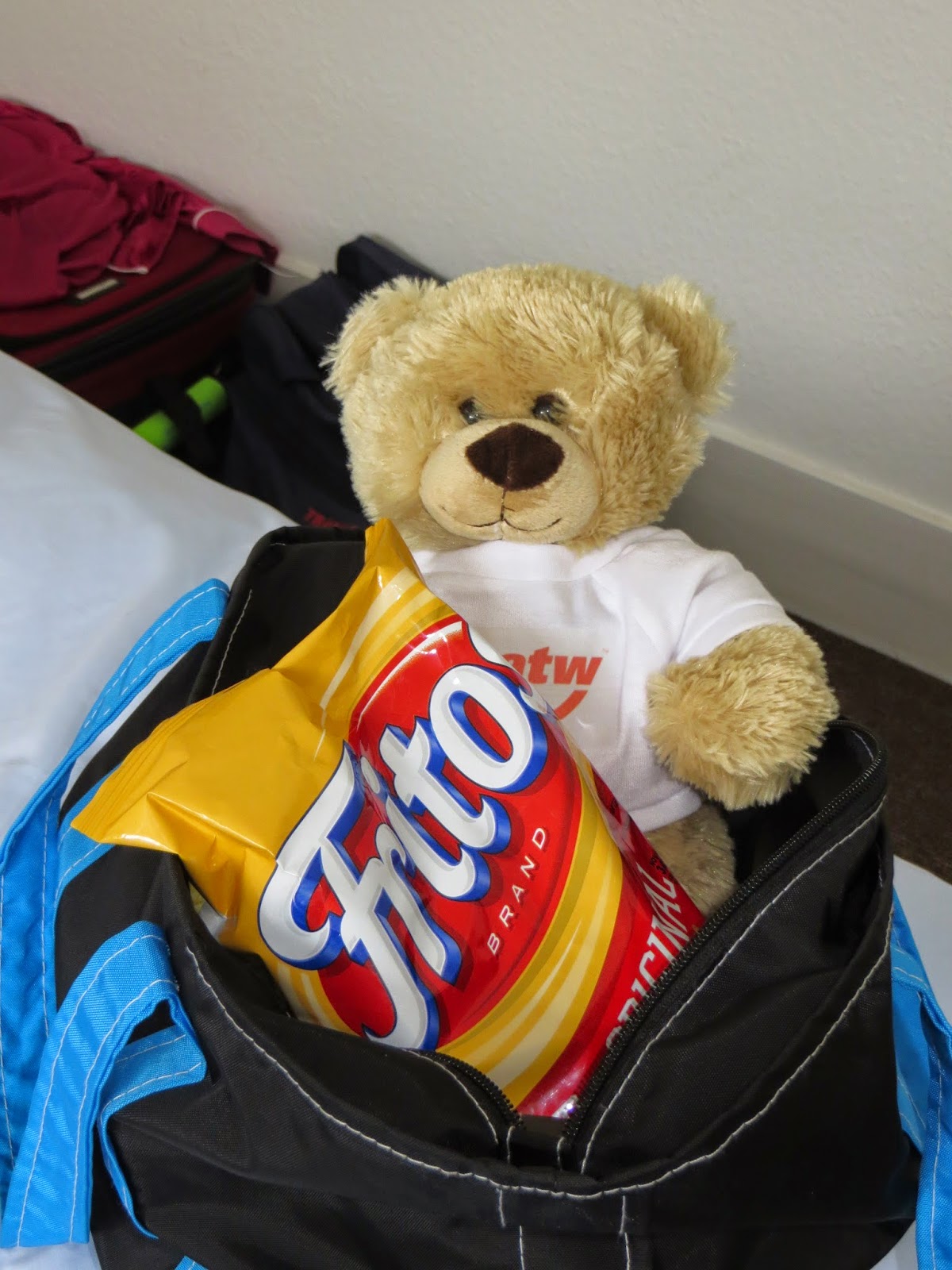 This is Miss Peabody on the left and Miss Zoe on the right.  Miss Peabody was very happy to get the Fritos.  She said she hadn't tasted Fritos for two years!  They do have potato chips in England -- they call them crisps.  And they call French fries chips! 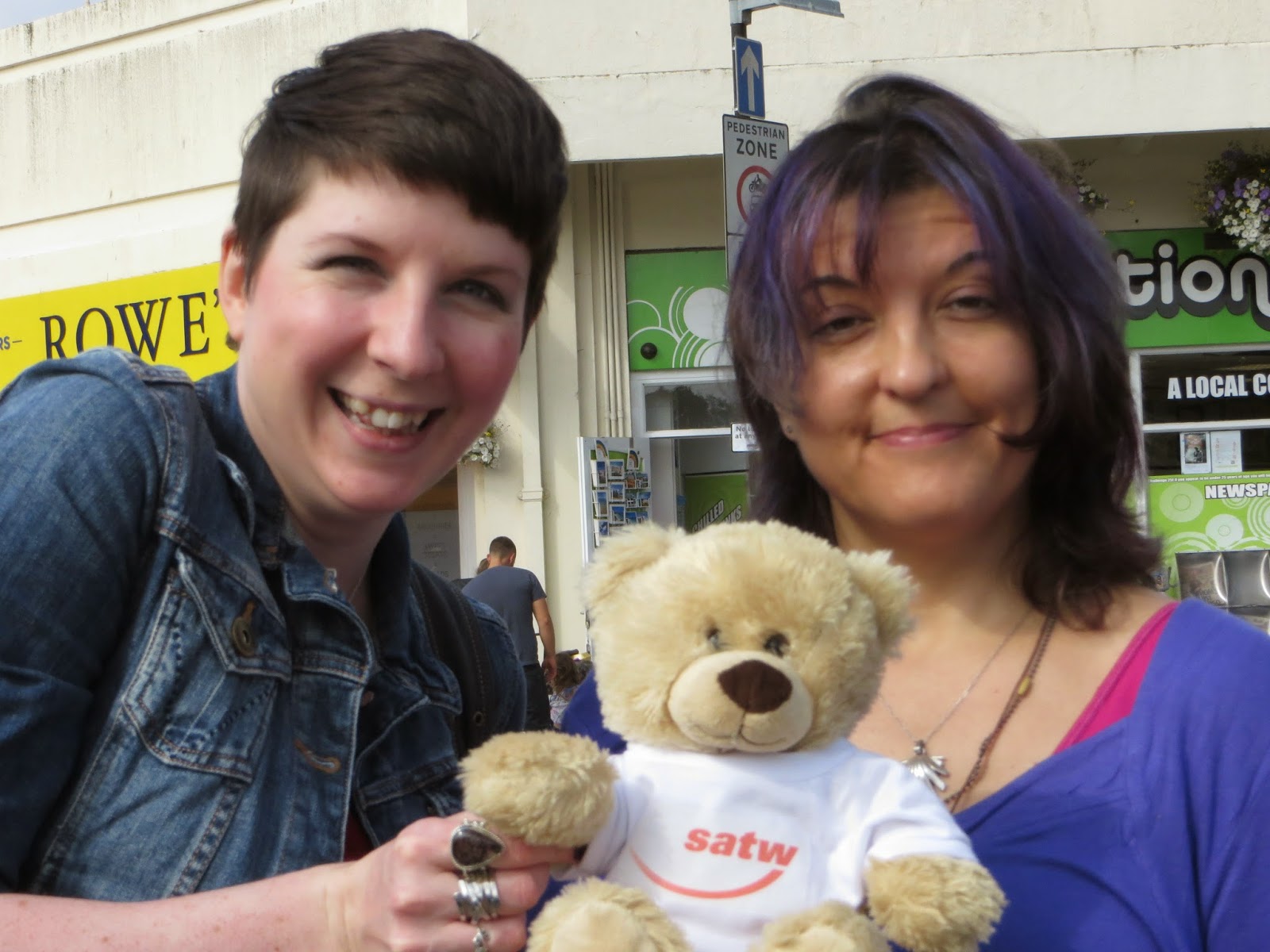 This is me with a bunch of Cornish bears.  I like England.  They love bears! 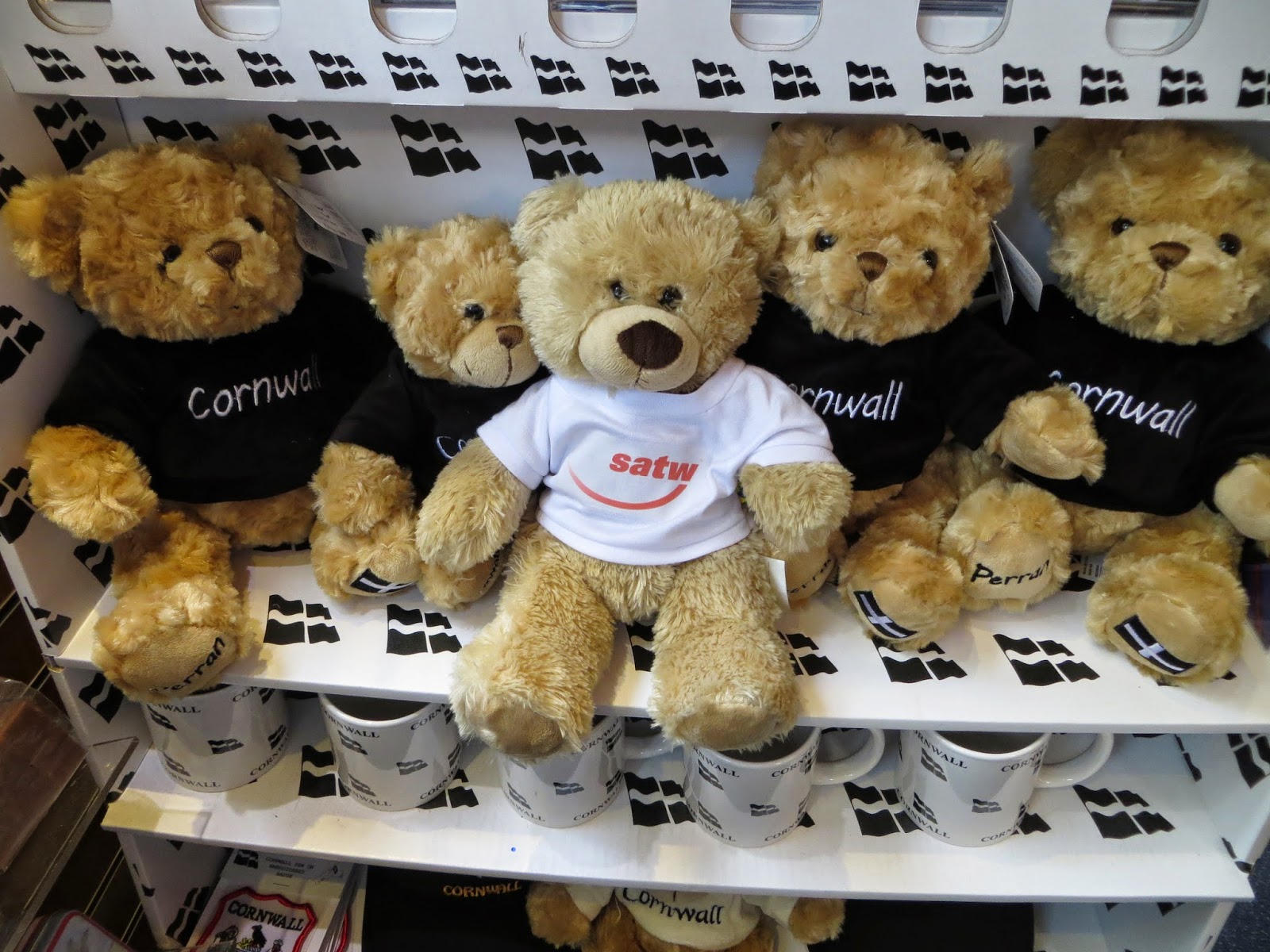 Your friend,
T. Bear
Posted by Elaine Warner at 4:42 PM No comments: