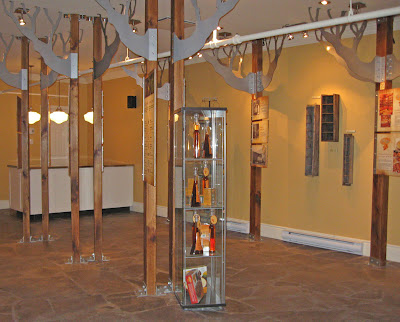 Hi Kids,
The maple leaf is the symbol of Canada -- you'll see it on their flag. Maple trees have a sweet sap that can be made into syrup or sugar. While I was in Quebec, I visited a shop called Le Delices de l'Erable -- or The Delights of the Maple. There was a little museum in the shop and I learned more about maple syrup.
The Indians first discovered uses for the sap. They made vee-shaped cuts in the trees and let the sap run out through a hollow reed or bent piece of bark. They collected the liquid in birchbark buckets. They drank the sap or used it in cooking. Later European traders and settlers brought wooden buckets and iron and copper kettles.
In the winter, the sap is thick and protects the tree from freezing. When the snow and ice begin to thaw, the tree draws water through its roots and the sap thins down. Cutting a hole in the tree to gather the sap is called "tapping." When the sap comes out of the tree, it isn't very sweet and it is as clear as water. When it is boiled and becomes more concentrated, some of the water evaporates, leaving a darker, sweeter liquid -- maple syrup.
In colonial America, sugar had to be imported from Europe. During the American Revolution, Benjamin Franklin thought it would be a good idea if the colonists used maple sugar so they wouldn't be dependent on England for sweetener.
Maple syrup is great on pancakes and waffles and it makes great candy. I hope you enjoy the samples I sent you.
Here's something cool they do with maple syrup. They get it really hot and pour it onto clean snow. 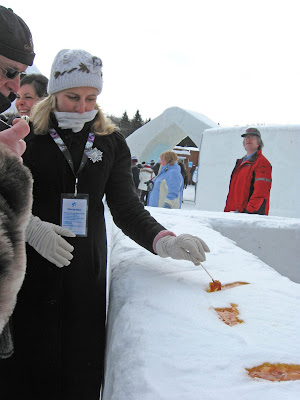 As it cools, it gets firmer and they take a wooden stick and roll the semi-soft syrup around it. 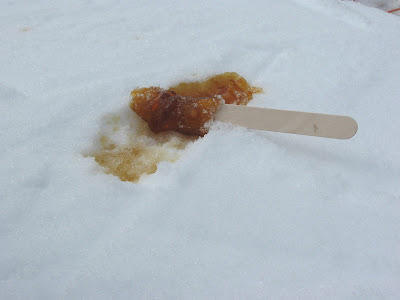 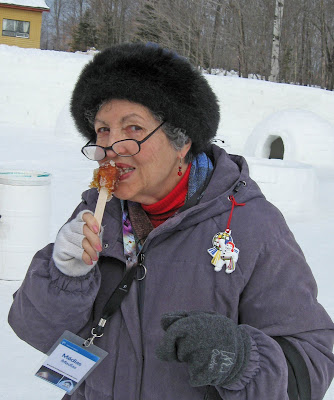 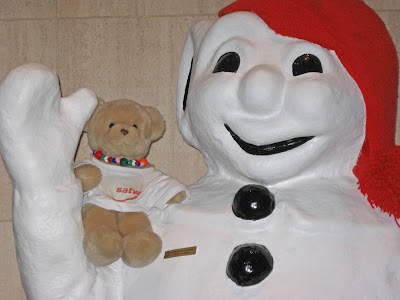 Hi Kids,
The picture above is of me sitting on a statue of Bonhomme (that's French for snowman) in the lobby of our hotel, the Quebec Hilton. Bonhomme is the king of the Winter Carnaval -- but I'll tell you more about that in another post. Today I want to introduce you to Quebec City, the capital of the province (the Canadian equivalent of our states) of Quebec. 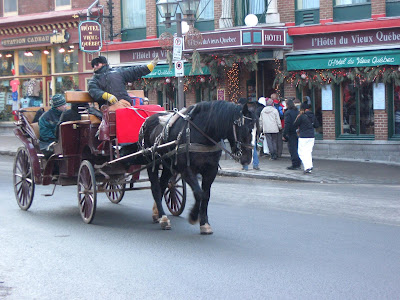 Canada has ten provinces and three territories. It is the second largest country in the world in area. It's a million square miles bigger than the United States. That area is bigger than Alaska, Texas and Oklahoma put together. The capital of the country is Ottawa. 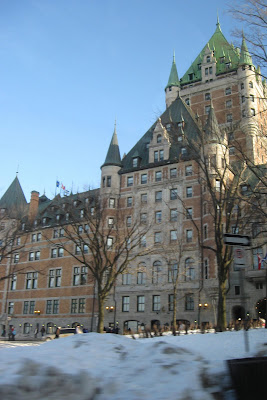 Quebec City is very old and very beautiful. It was founded in 1608 by Samuel de Champlain. The historic area of Quebec (from now on, I'm going to call the city Quebec rather than Quebec City -- it's shorter) has been named a World Heritage Site by UNESCO (the United Nations Educational, Scientific and Cultural Organization) because of its historic importance. This area is surrounded by a city wall (an old European tradition). The city has built up outside the wall but I spent most of my time in the historic areas. 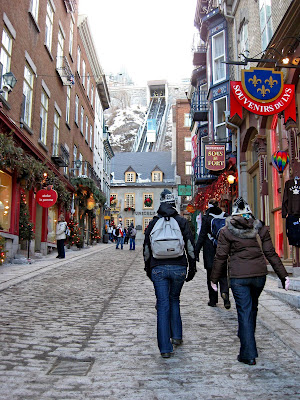 The old town is divided into two sections. The lower town is on the banks of the St. Lawrence River. The upper town is high up a hill. There are steep streets that connect the two areas but for a quick and easy trip, I took the funicular -- a sort of sideways elevator. It was fun. 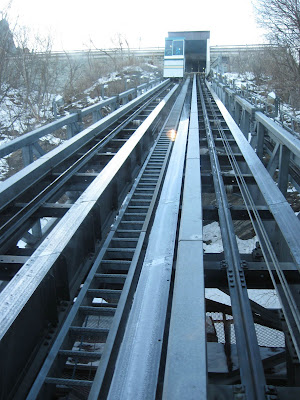 You'll notice that even though my visit was in February, Christmas decorations were still up. Quebecers have a long winter and the people like to see the cheery decorations so they don't take them down until Carnaval is over. 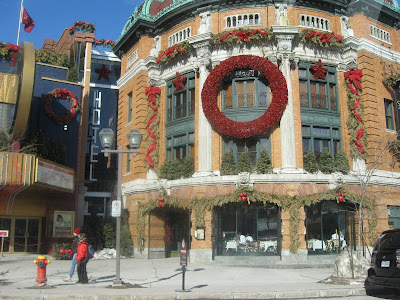 I loved looking in the shop windows -- especially this one. The name of the shop is C'est Si Bon, which means "it's so good." The shop was full of candy. Mmmmmmm. I love candy. I even brought some for you! Watch for a package -- I'll try to get Miss Elaine to mail it this weekend. 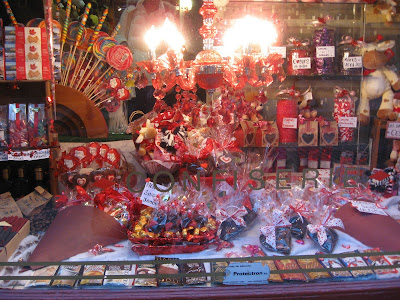 Vanilla
Posted by Elaine Warner at 1:17 PM No comments: