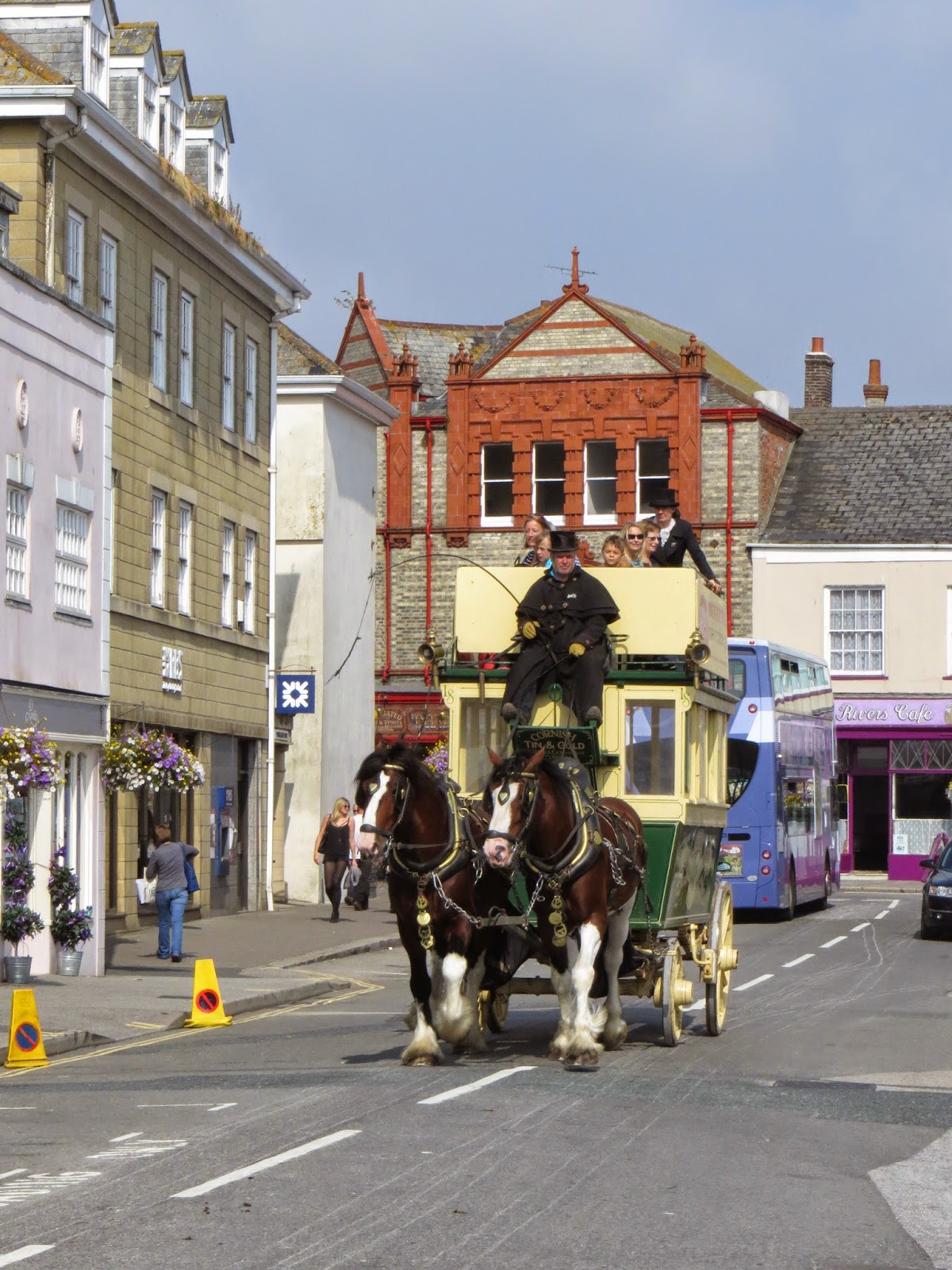 Hi Kids,
There are lots of cool places to visit in England.  Miss Elaine's daughter Zoe lives in Cornwall in the far southwest of the country.  Did Mrs. Bezdek help you find it on the map?  Zoe lives in the town of Penzance.  One day we visited the city of Truro, the largest town in the county.
Lots of things in England are the same as here but it's fun looking at the differences.  This horse-drawn coach carries tourists but there are modern cars here, too.  And you can see a bus in the background. 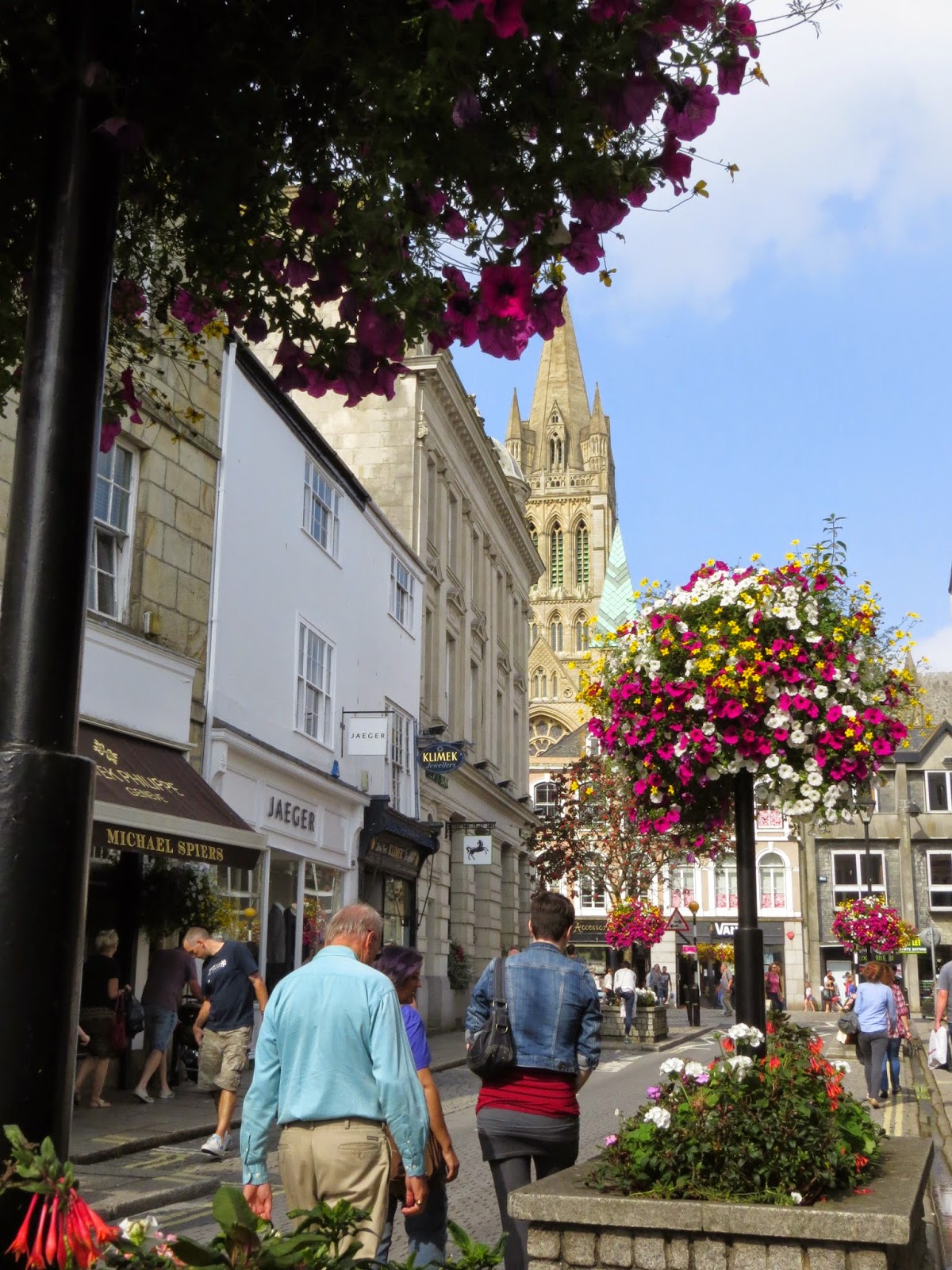 In most towns, the streets are very narrow because they were built when people rode horseback.  Buildings were built along the streets so they couldn't be widened.  This picture was taken in October.  The weather was still quite nice and you can see beautiful flowers blooming.  Although it can get very chilly in Cornwall, it doesn't snow there very often and, in towns along the coast, there are even palm trees growing. 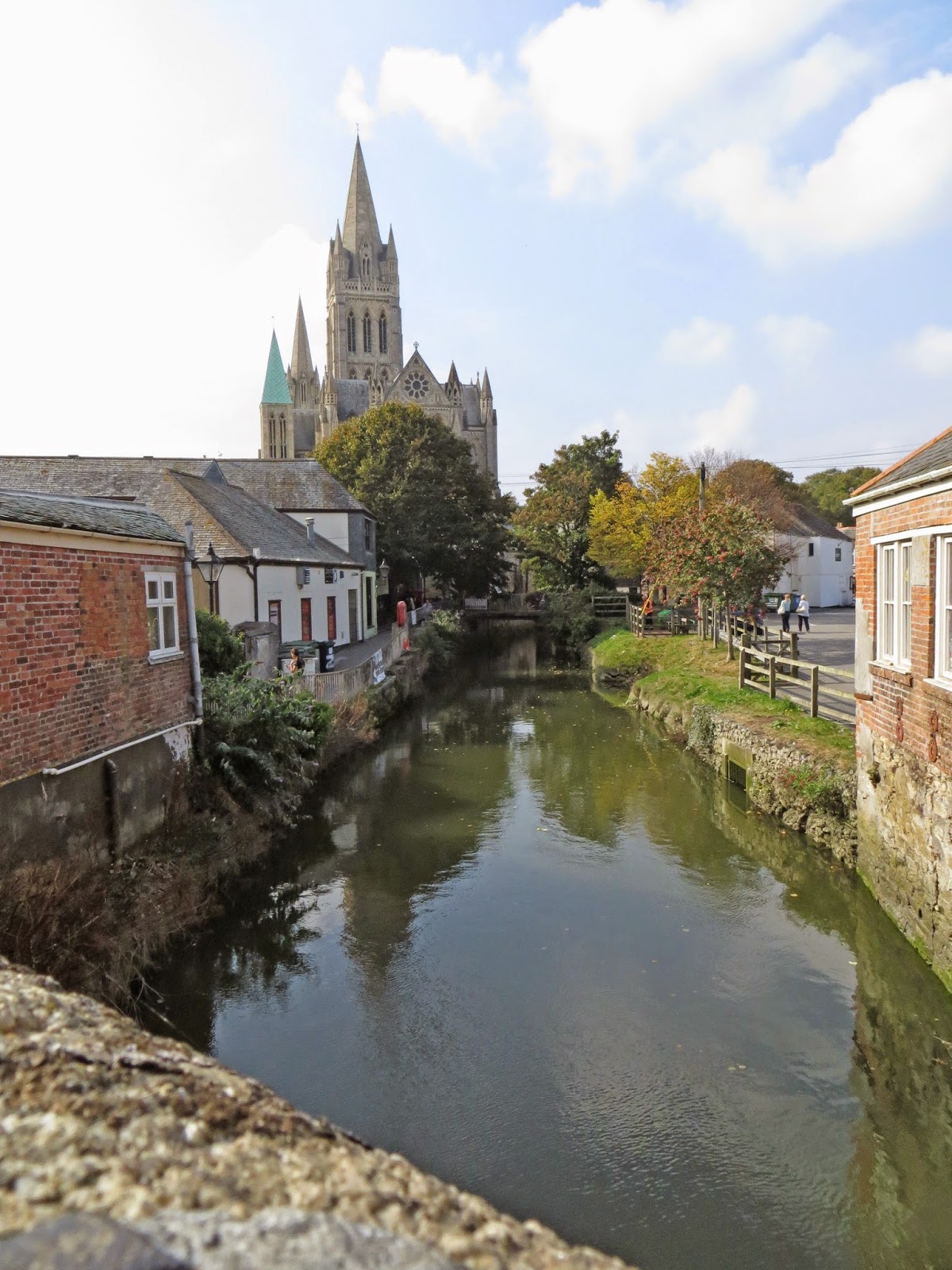 The cathedral is the most impressive building in Truro.  It looks old but it is just a little over a hundred years old.  The inside is very beautiful. 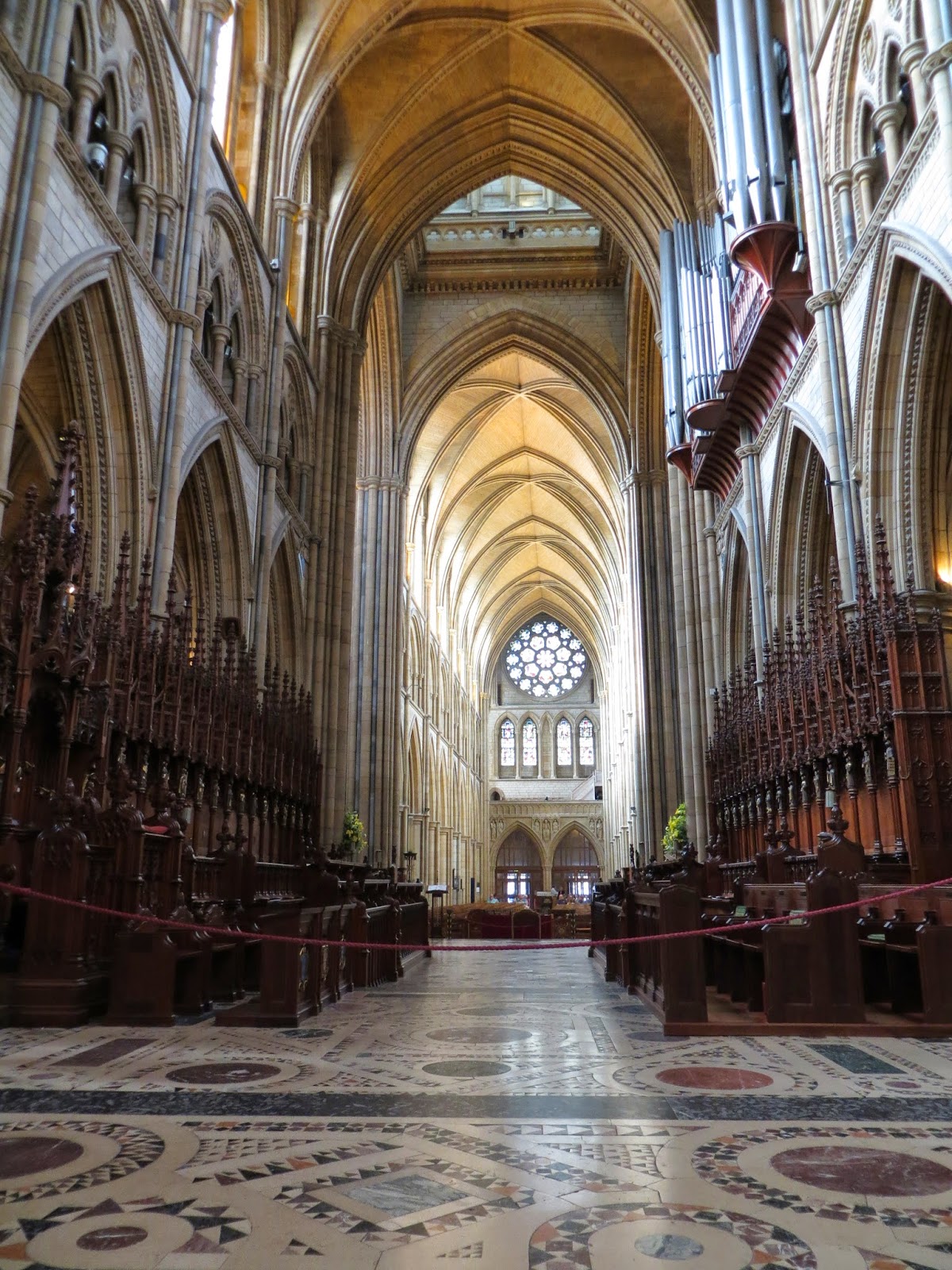 Although there are cemeteries in England just like ones here, sometimes important people were buried inside churches.  Statues on top of tombs are called effigies.  I'll probably show you more of these in future posts. 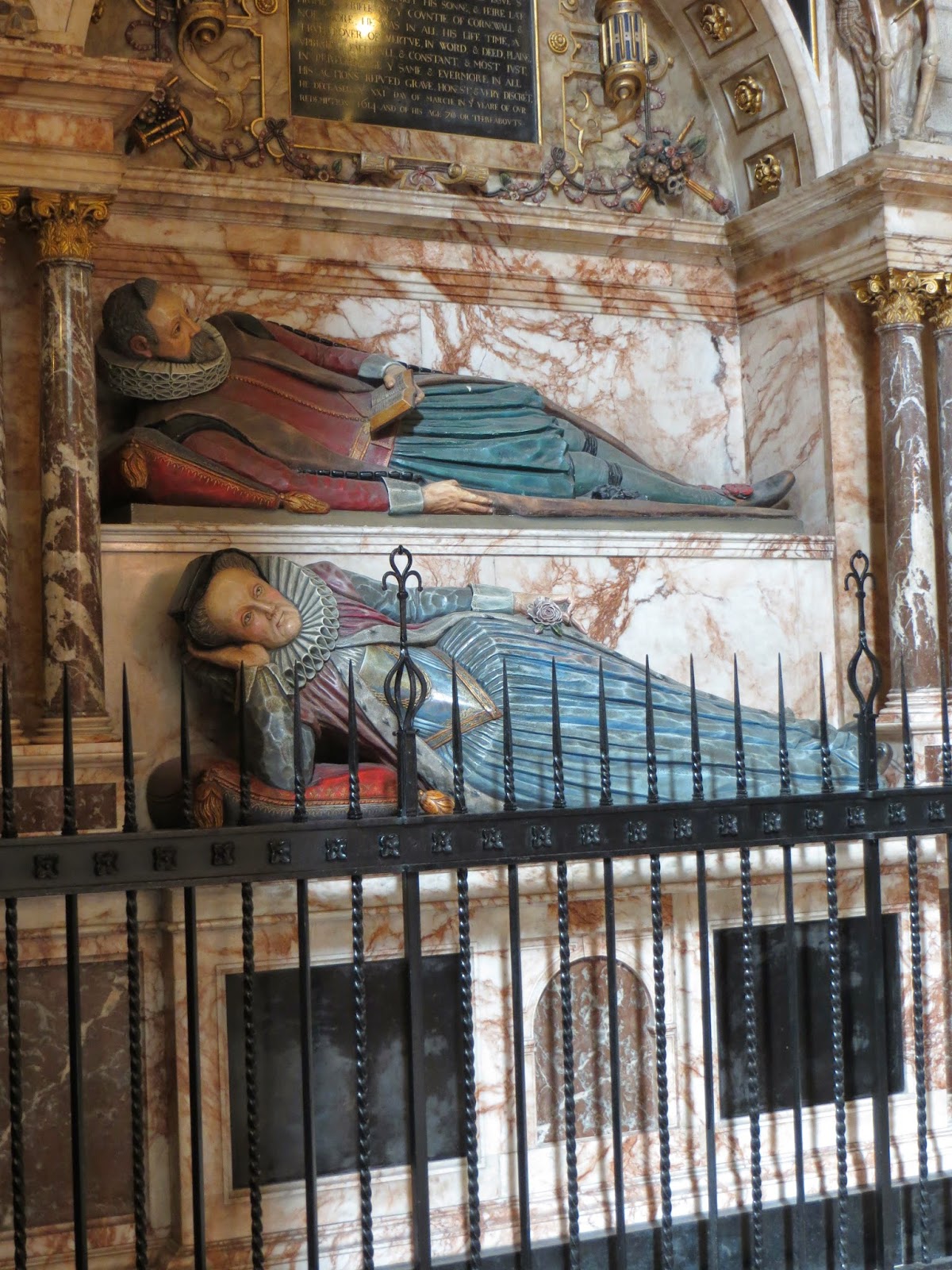 Even though the cathedral is in the middle of the city, the tiny bit of land around it has been beautifully landscaped.  Aren't these begonias pretty? 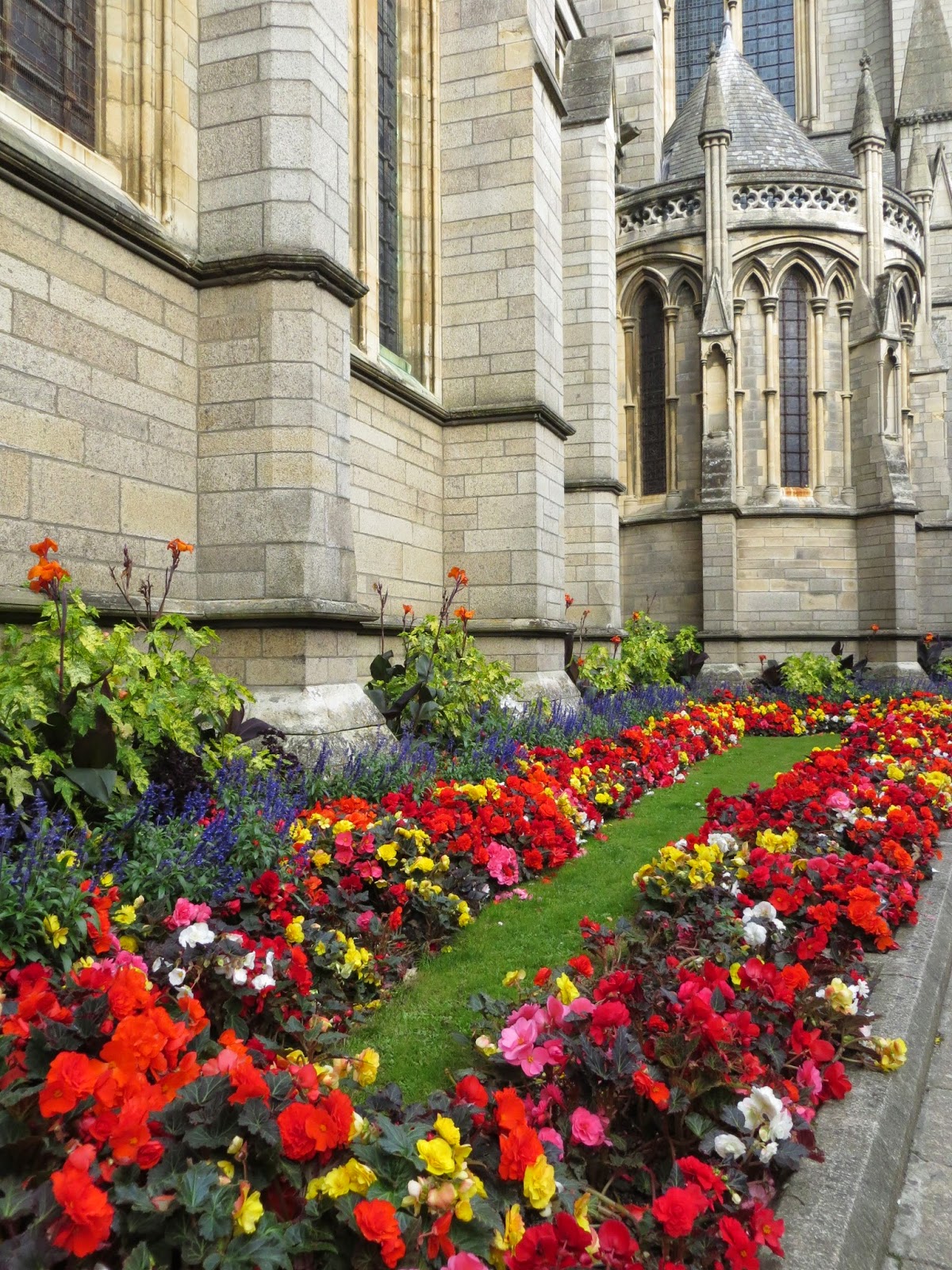 Here's something we saw in several towns -- people dressed as statues.  They stand very still but if you wait long enough, you can see a blink or a twitch.  Do you see the helmet on the ground?  He hopes people will throw money into it.  I don't think he will make much money but he really does look like a toy soldier! 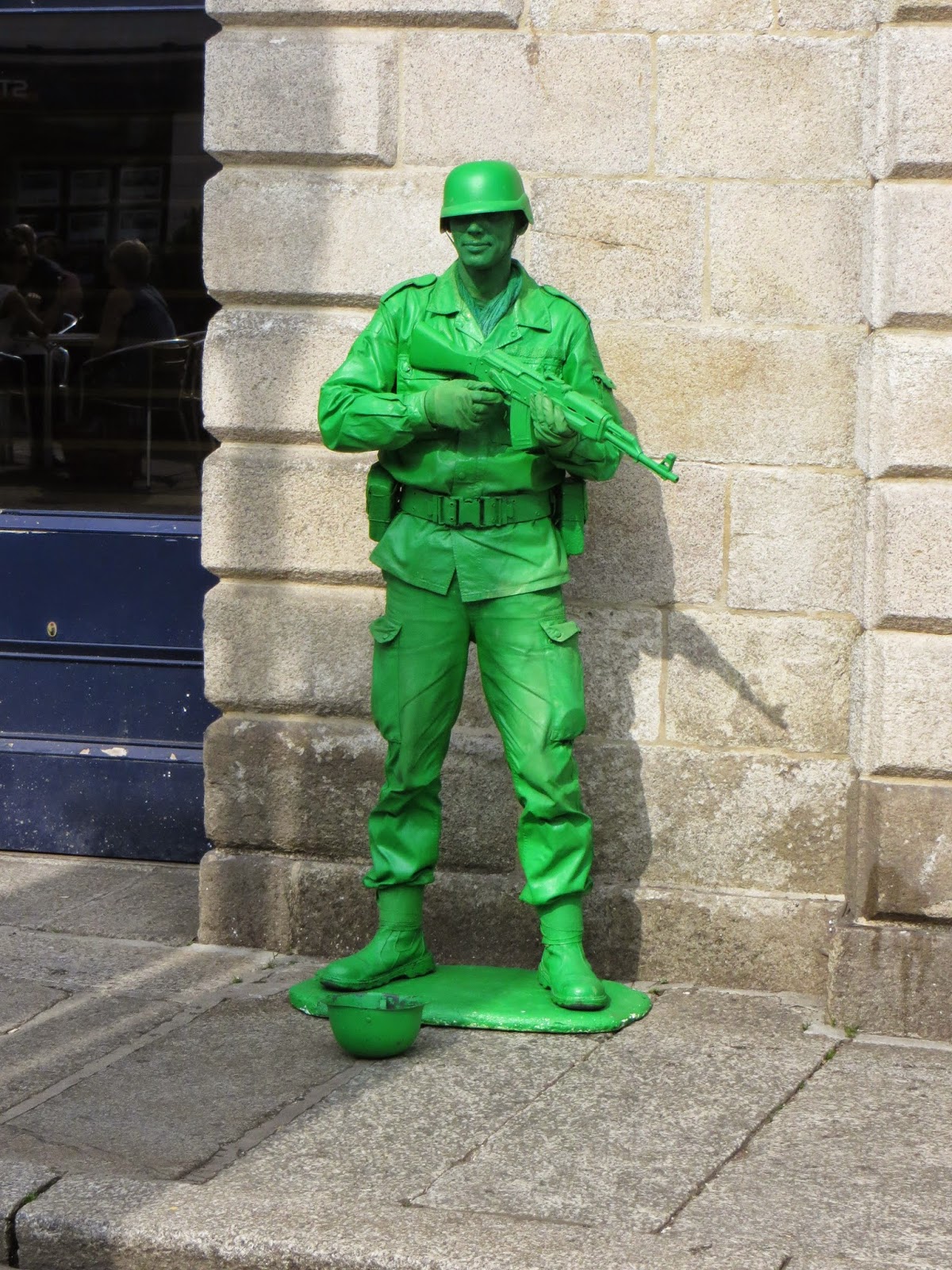 This is Mr. Jack.  He really didn't want to stand by this sign but Miss Elaine thought it was funny -- so he did it. 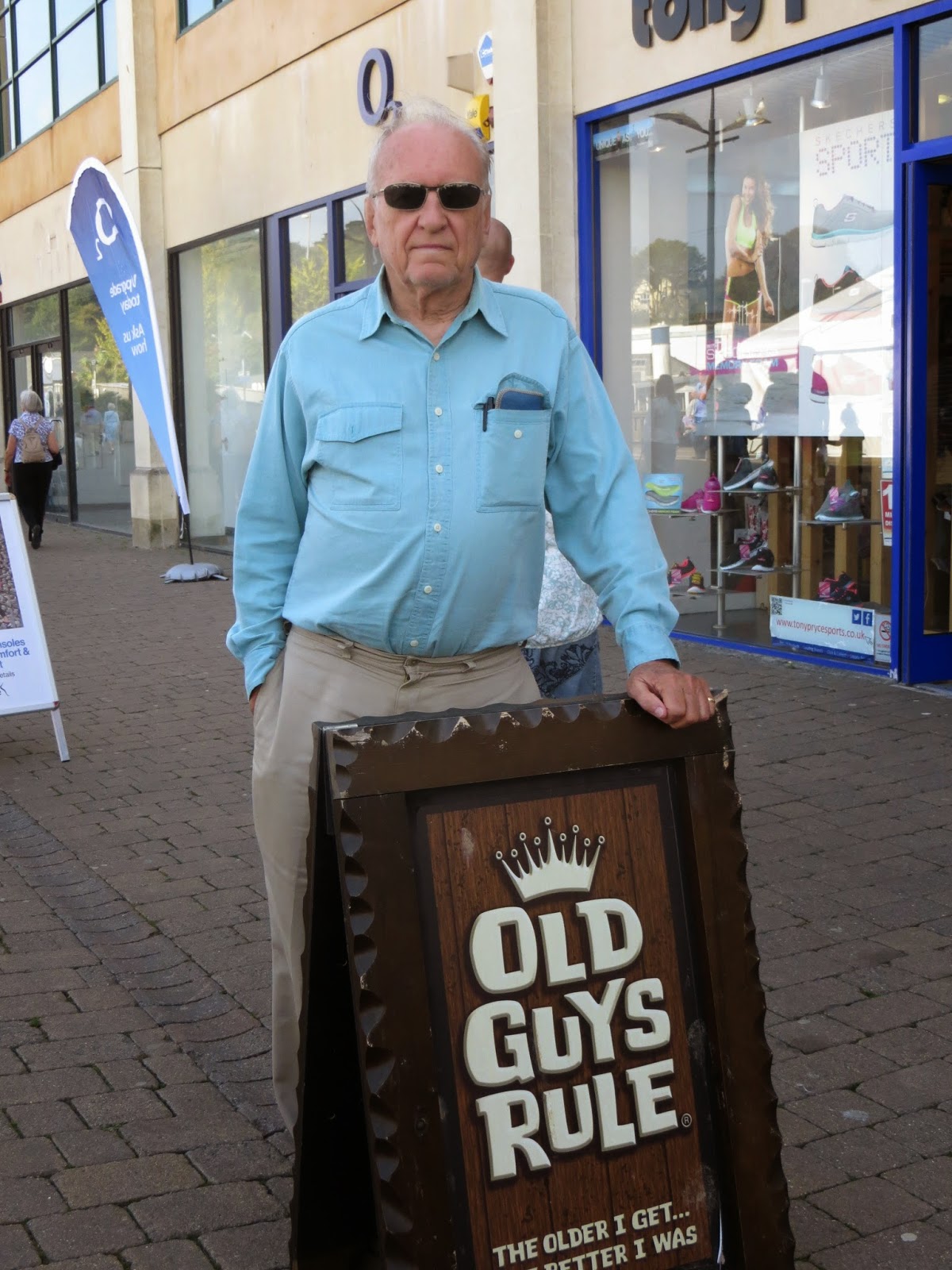 Miss Elaine and I will be sending you more pictures from our trips.  Have a great day!
Love,
Fuzzy

Posted by Elaine Warner at 9:32 AM No comments: