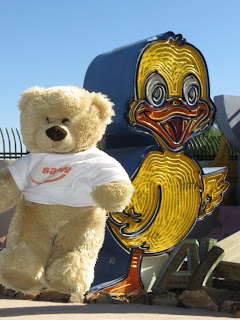 Hi Kids,
Miss Elaine, Mr. Jack and I went to Las Vegas, Nevada. Once it was just a dry spot in the desert then some people decided it would make a great resort. They built some hotels and put up fancy signs. Some had glass tube lights called neon lighting. It took a lot of skill to bend the glass into different shapes. See all the tubing on the duck sign? At night it would be really bright and pretty. 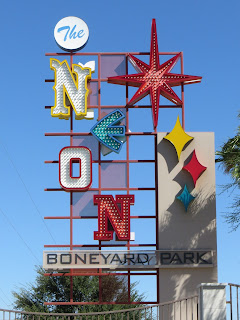 Now a lot of the old signs have been retired and collected in an outdoor museum. The neon signs were very expensive and difficult to make so pretty soon people decided to just use lots of light bulbs instead. 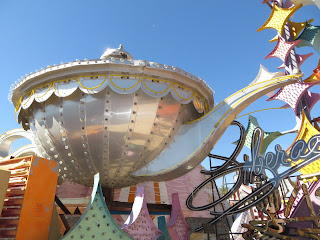 The museum is like an old attic with all sorts of signs stacked up. The big silver lamp came from the Aladdin Hotel. Do you know the story about Aladdin and his magic lamp? The pointy shapes came from the Stardust Hotel. I really liked seeing the old signs. Some of the old signs are displayed around town. They are very pretty at night. 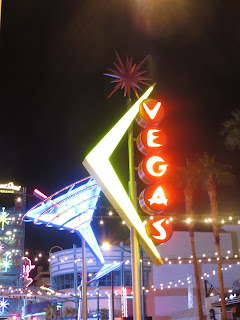 We stayed in the old part of Las Vegas. There are a lot more hotels and things to do in other parts of the town but we wanted to see where the city started. Fremont Street was the main street. Now it has been turned into a pedestrian mall. Pedestrian means for walkers instead of cars. There are lots of bright lights here. 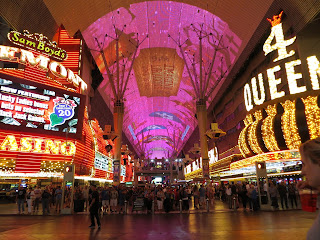 Several blocks of the street have a sort of roof over them. You can see videos on the ceiling. We were there at Halloween so they had scary pictures up there! 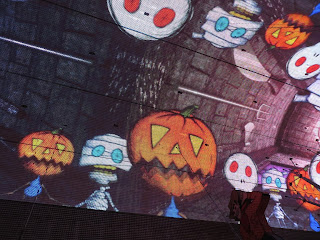 The ceiling is really high and there are zip lines so people can slide from one end to the other. Can you see the people zipping overhead? 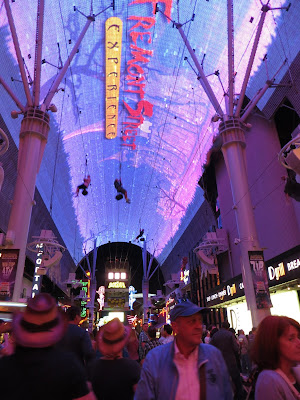 There are lots of things for grown-ups to do in Las Vegas but we found some cool things for kids, too. This giant bug is outside of a shopping/entertainment area called Container Park. 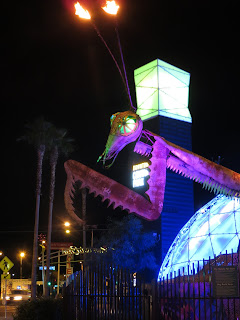 In the park the shops are all made out of stacked shipping containers. My favorite part was the playground in the middle. 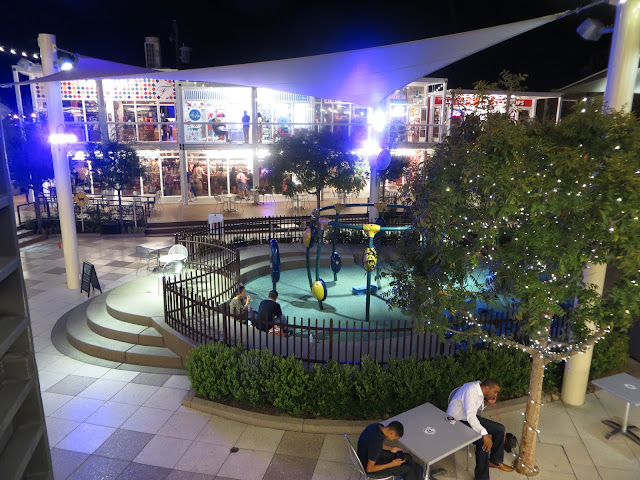 I really laughed at the giant bug -- kind of like a praying mantis. There was a man inside and when someone would walk down the sidewalk the man would turn on the antennas. They made a loud roar. Everybody jumped then laughed at the surprise. 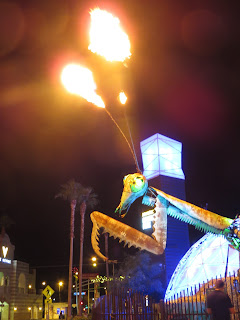 
Posted by Elaine Warner at 4:04 PM No comments: