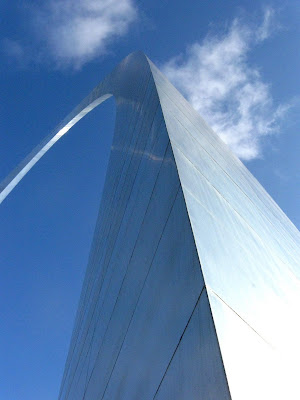 Miss Elaine and I spent last week in St. Louis, Missouri. It's on the eastern border of the state -- on the west bank of the Mississippi River. Before 1803, the Mississippi River was the western border of the United States. The Louisiana Purchase added a big chunk of the lands to the west (including all of Oklahoma except the panhandle) to the U.S. No one really knew much about what was out here so Lewis and Clark and other members of their Corps of Discovery were sent by President Jefferson to check things out. And they started in St. Louis, which was then just a small French settlement. St. Louis became the gateway to the West.

Over 60 years ago, some people decided that a monument to Jefferson should be built. A competition was opened for designs for the Jefferson National Expansion Memorial. A Finnish-American architect, Eero Saarinen's plans for a stainless steel arch were chosen. Construction began in 1963 and was completed two-and-a-half years later in 1965. It wasn't until it was done that Saarinen realized that his construction looked like an entryway -- and it became nicknamed "Gateway Arch."

The Arch is 630 feet tall and 630 feet wide at the base. There is an observation room inside the top of the arch. Each leg has a tram which takes visitors to the top. This is me looking out one of the little windows in the observation room. Below you can see the historic Old Courthouse. 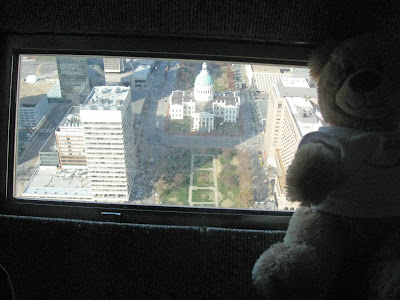 This is me with a National Park ranger. 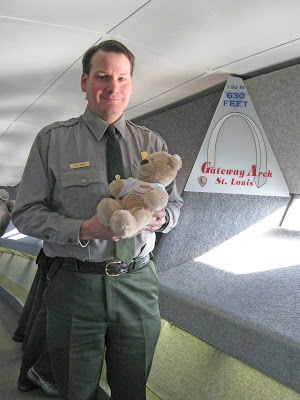 Over a century after the Louisiana Purchase, one of America's most famous roads came through St. Louis. Sometimes called "The Mother Road," it went from Chicago to Santa Monica, California. It went through eight states including Missouri and Oklahoma. And it goes through Edmond. By the 1950s, the interstate system made Route 66 less important -- but it still has great historic importance. Look how narrow the highway is! 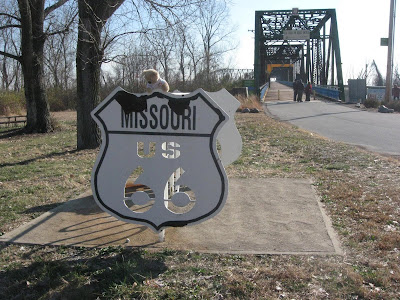 This is an old bridge over the Mississippi River. Did you see me on top of the sign?

Later we went to another famous place on Route 66. Ted Drewes opened a frozen custard stand on Route 66 in 1929. Ted would close the stand in the winter and open a Christmas tree lot. His ice cream was so popular that people wanted it even in the winter! 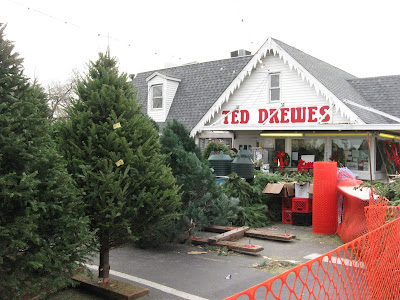 The frozen custard (ice cream made with eggs) is so thick and rich that you can turn the cup upside down and it won't run out. They call it a "concrete." Vanilla is the only flavor you can get -- but you can get lots of add-ins. The one Miss Elaine bought me is called "Cardinal Sin" and has frozen custard, sour cherries and hot fudge. Yum! 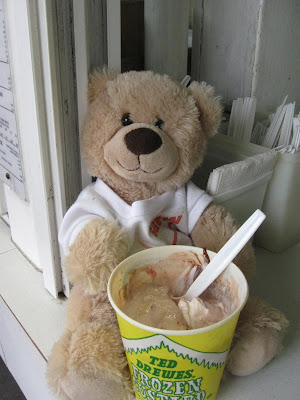 If you think that's cool, you should have been with us that evening. We went to a hockey game. We got to go down and see the ice. Miss Elaine sat me on the ice to take my picture. Wow! I have a fur coat but I can tell you -- I almost froze my tail!

I'll be writing you more about my adventures in the next few days!


Posted by Elaine Warner at 1:20 PM No comments: