Grandest of Them All 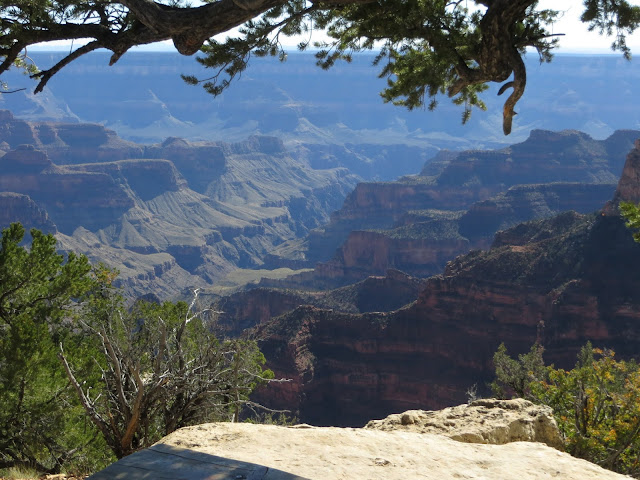 Hi Kids,
I told you in one of my earlier letters that 2016 is the 100th anniversary of the National Park Service. We had national parks before then but they weren't properly cared for so the National Park Service was created to make sure all America's most special places were protected. Mr. Jack, Miss Elaine and I are trying to visit as many of these parks as we can. It's a big job -- there are over 400 nationally recognized parks, memorials, monuments, rivers, trails, seashores and historic sites. It's hard to pick a favorite but for many people -- and me, too -- it's the Grand Canyon.

The Grand Canyon was carved 5 or 6 million years ago by the Colorado River. The running water simply wore away the soil and rocks and created this amazing canyon. Of course, it got some help from wind and rain, but the river did most of the work. The river flows 277 miles through the canyon -- that's more miles than from here to Dallas. At its greatest depth it is a mile deep. 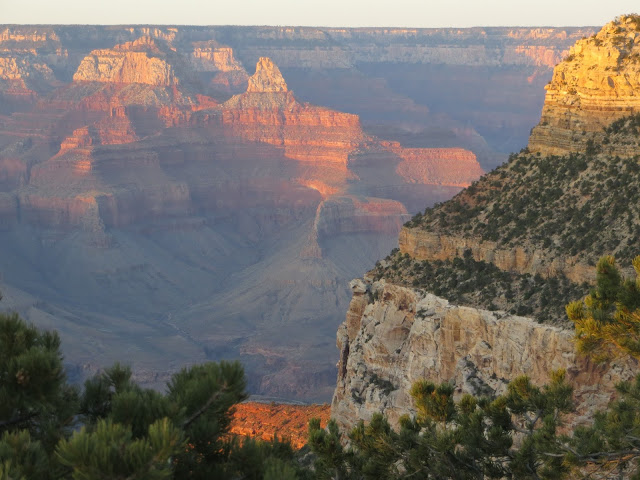 One of the most amazing things about the canyon is that we can look back into the history of the earth by looking at the layers of rock in the canyon. The top layer is the youngest -- about 270,000 years old. The bottom layer of rocks is about 2 billion years old. That's 2,000,000,000 -- I can't count that high! 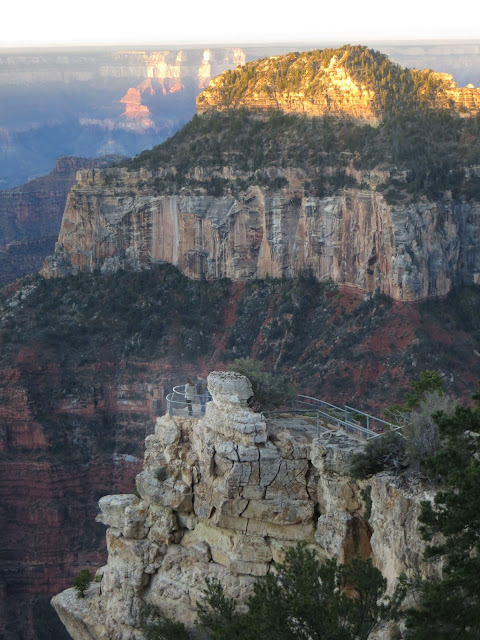 The park has two parts. One is the North Rim of the canyon, the other the South Rim. Most people just go to the South Rim -- it's easier to get to. It's only about 10 miles from one side of the canyon to the other -- but there's no bridge. It's about a five hour drive to get from the south side to the north. I've been to both sides and I love them both. I hope you like the pictures. 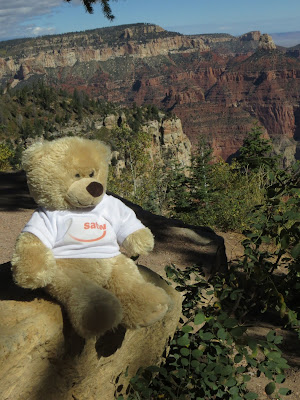 
Posted by Elaine Warner at 3:32 PM No comments: