What's the Name of Your House? 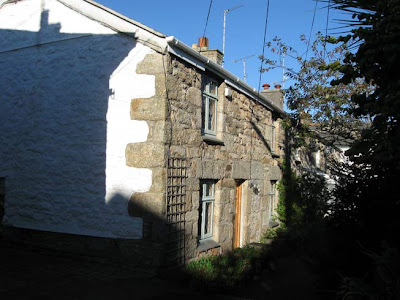 Did you know that lots of people in England name their houses? We're staying in April Cottage. It's on a little lane called Pleasant Place in Penzance in the southwest of England. Miss Elaine's daughter Zoe lives in Penzance with her husband. They live in an apartment -- in England an apartment is called a flat -- people don't name their flats.

This is me in front of the cottage. It's very old. People used to be lots shorter so, if you'll notice, the door is shorter than modern doors. Miss Elaine can touch the beams in the ceiling on the first floor -- and she's short.

People in England live a lot like we do -- though many homes are very old and historic -- many are very modern. When the towns were built, there were no cars so the streets are often very narrow. It's hard to find parking places and most people just walk places. The stores carry almost everything you could find in the U.S. and some things you can't. As you can see, the grocery store looks just like ours. We're using a small cart but they have big ones, too. 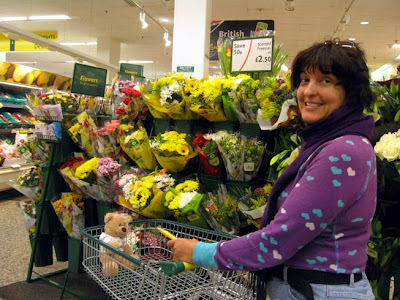 This is Alex. She checked out our groceries. She has a chair to sit on. That seems like a good idea. I bet the checkers at our grocery stores wish they had chairs! 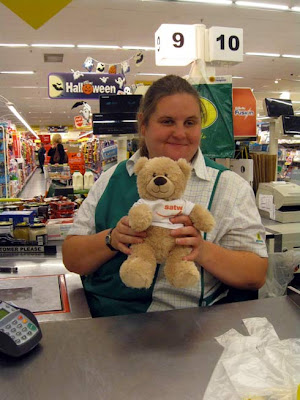 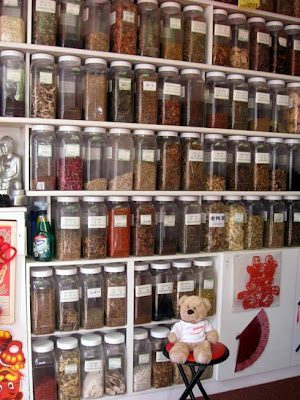 This is Xiao Mei, she knows how to mix the herbs and medicines. Her son is Mi Lan; he's 14 and can speak both English and Chinese. He wants to come to America because he thinks we have more video games. The little girl came to get medicine for her mother's cough. 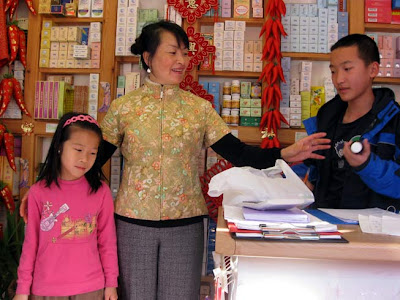 Today Miss Elaine took me to a pub for lunch. Pubs are a very old English tradition. This pub, The First and Last, is almost 200 years old! Pubs are places where local people get together as much for visiting with their friends as for the food. 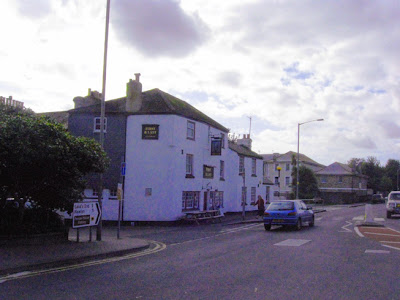 The man who owns the pub is called a publican. This is Andy. He showed me his stuffed cow! I don't know why he thought I'd be interested in a stuffed toy but I was polite and posed for a picture with Andy and the cow.

I got to meet some of the people Miss Zoe works with -- these are John, Wendy and Andy. They were interested in hearing about you. They wanted my picture to show their children. Isn't that nice?

I really like England!
Love,
Fluffy
Posted by Elaine Warner at 12:47 PM No comments: 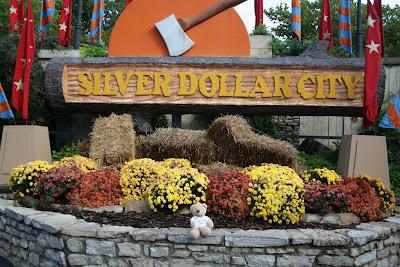 Hi Kids,
I'll bet some of you have been to Silver Dollar City in Branson. This was my first visit and I was excited! I saw lots of craftspeople making things the way they did in the old days. This man is called a cooper -- he makes barrels and buckets. 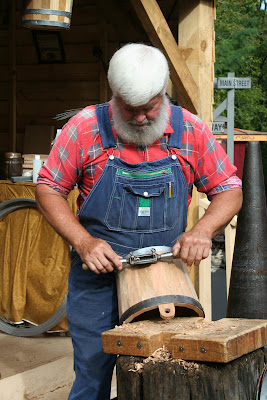 We went to a wood-carver's studio and I found these bears. They weren't very talkative and they weren't cuddly at all. 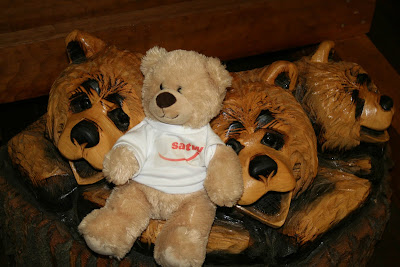 This lady is making soap. It was very hot and didn't smell very good. After it cooks, she will put it in a tray and let it get hard. Then she cuts it in bars. It doesn't make bubbles at all -- but it will get you clean. 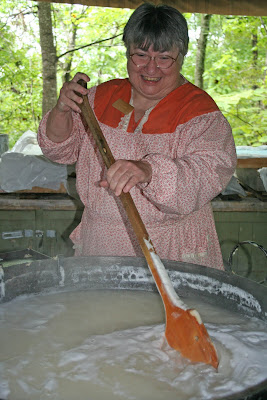 Miss Elaine is not much fun -- she wouldn't go on any of the fast rides. At least she did take me on the train ride. Some bad men tried to rob the train -- it was just a joke, though. I wasn't scared. 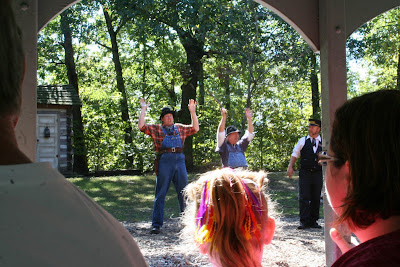 I had a really good day. The weather was beautiful and, as you can see, there were lots of pretty fall decorations. 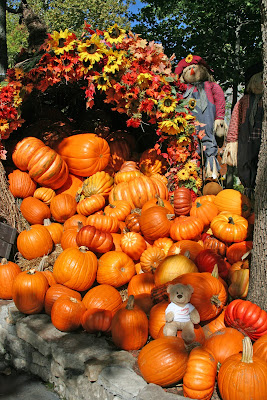 Love,
Fluffy
Posted by Elaine Warner at 7:06 PM No comments: